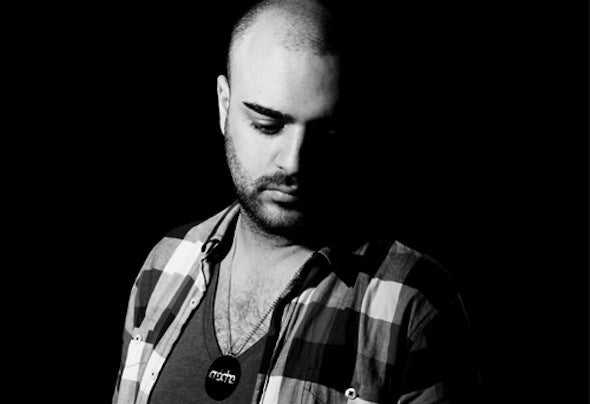 The creative mind plays with the objects it loves. London’s underground electronic scene therefore has been littered with the ideas, designs and impulses of Cozzy D for over a decade now. His tireless work as producer, DJ, promoter and label owner has embedded his influence throughout every annex of the scene, thus yielding a far-reaching impact on dance music culture as a whole. Not only establishing himself as an essential artist through prolific productions and immersive DJ sets, Cozzy has also managed to help inspire a new generation of dance music enthusiasts through his record label and successful parties; revealing him as an instrumental part of London reclaiming its strong identity within the scene once again.Pushing an eclectic take on deep house and techno, Cozzy’s music is emblazoned with soul and musicality backed up with potent basslines and expertly crafted beats. Quickly gaining him a reputation as a revered music maker, his versatile productions have seen release on prestigious labels such as Real Tone, Four:Twenty, 1Trax & Lower East, the imprint he runs alongside Lee Brinx and Dexter Kane. At the start of 2012, Cozzy cemented his place at the forefront of a movement with the magnificent ‘Mythical Mystery’ EP on Lower East. Featuring the lush, tripped out jam ‘Aphrodite,’ the EP displays Cozzy’s ability to go far beyond the dancefloor and delivers a lasting musical snapshot of his time and place.As label co-owner, Cozzy presided over Lower East as it became one of the capital’s most celebrated underground labels throughout 2011. The imprint played a huge role in the revival of London-centric house and techno by unleashing a plethora of the city’s most promising emerging talents to the world. Artists like Alexis Raphael, Wildkats, Max Chapman and James Pople joined Lee Brinx, Dexter Kane and Cozzy himself on the label to raise the bar for all London based producers. Mixing home-grown talent with the best from abroad, Lower East have broadened their horizons further with the addition of international stars such as Lee Foss, Richy Ahmed and Puente & Rosch whose anthemic ‘This Feeling’ became an instant DC-10 hit.Cozzy also co-runs acclaimed Sunday party Crèche with Alexis Raphael. Already recognised as one of London’s biggest parties, Crèche will take its diverse sound and unbeatable atmosphere to a unique collection of both intimate and large-scale spaces throughout the year ahead. 2011 saw the party branch out into Ibiza, hosting parties at Delano Beach Club whilst venturing into ‘The Big One’ series of parties back in London. Recent guests have included Jamie Jones, Damian Lazarus, Kerri Chandler, Deniz Kurtel and Shonky, not to mention residents Alexis Raphael and Cozzy who brings his inimitable DJ style with him to fuse deep house with a hint of nu-disco, techno and old skool garage vibes to subtlety build the crowd into frenzy.A multi-faceted artist that truly understands underground culture, Cozzy D is not only carving out his own place in musical history, but helping those around him to create their own too. With each of his impressive projects going from strength to strength, his is a name that looks set only to grow in reputation and stature. The only question is just how far he can reach!