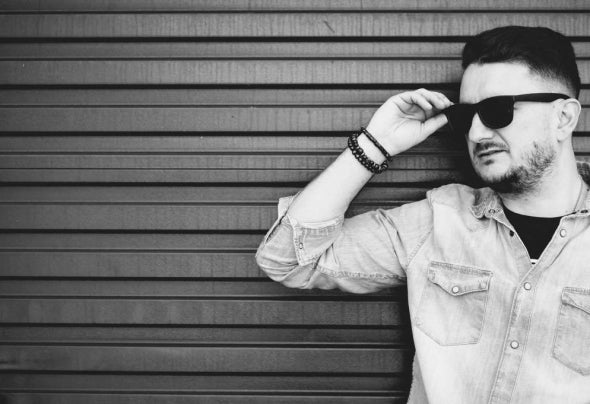 Dublin based and originally from Romania with a big appetite for deeptech, minimal tech and tech house music, Adrian Bilt had a passion and love for music from a very young age. Inspired by his brother who was enjoying listening 70's - 80's music on a Reel-to-Reel Tape Recorders. He discovered step by step a new hobby which later on became a passion for playing music on private parties for his friends.He had the change to play alongside big names like: Audiofly, Dj Puskarev, Dj Alex Kenji, Tommy Boy, Dj Sterbinszky, Livio & Roby, Dj Optick, , Pagal, Mahony and many more.After a while he decided that it was the time for his Dj career to take a next step and in 2004 he moved to Dublin where he continued playing electronic music for the Irish crowds on different occasions.After moving to Ireland, in 2005 he developed a new radio project called SOUND VIBRATION RADIOSHOW which is broadcasted on Phever Radio Dublin, one of the biggest electronic underground radio station in Ireland and also broadcasting worldwide through the online platform.He also managed to settle a small studio in Dublin and released his first EP called Battle Horn on Barcelona Beats Records. His main focus is now on music production, trying to get the perfect sound and rhythms for his listeners, working on his upcoming releases.