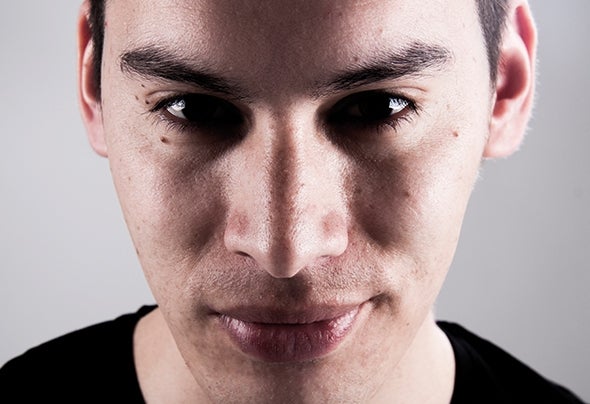 A born perfectionist, driven to stay on top of everything and trying to make the best out of everything he does. The Housepital Head Honcho is taking giant steps in the biggest growing Electronic Dance Music Scene of this moment! With a born passion for the four to the floor beats playing at the biggest clubs around the world spreading his sound he can proudly say he is in love in what he does making people smile and forget about everything with the music!For over 10 years Baramuda has been living the dream making and playing music for his fans.As the best DJ nominee in The Netherlands by SLAM FM in 2011 and signing record deals with Spinnin' Records (the biggest EDM label around the globe) and many other large record companies he was giving international success. His creativity in the studio combined with energetic sets has resulted in pure love with the loyalty of the fans. Music is his way of life!It doesn't matter if its a small venue for 100 people or the biggest festival on the other side of the world: as soon as Baramuda enters: he, the audience and the music will become one! With his DJ sets and weekly radio show he unites thousands of people sharing the same passion and love for the Electronic Dance Music sound.As of 2013 Baramuda also starts touring together with the "Housepital Takeover Sessions" label nights sharing the passion for his label but also the weekly radio show. These nights are filled with good music, the perfect vibe and hands in the air feeling during the whole evening. Baramuda is bringing his own tracks and sounds but also love to share the wider electronic genres of this moment. These nights are made specially for you building up to perfect climaxes mixed seamlessly to blow everybody away!As a producer he already had many successes on labels like: Spinnin' Records, Spinnin' Deep, _Absolut! Records, Sneakerz Muzik, Big & Dirty and Suka Records to name a few! But the story doesn't end here. Baramuda recently remixed the likes of: Filty Rich, Sunnery James & Ryan Marciano, Carl Tricks and others who love the energy and emotions Baramuda puts in his productions. During his career his music style didn't change, it only evolved! Now, in 2013, Baramuda is focussing more on his productions again. Due to this Baramuda managed to work with a legend in the Electronic Dance Scene making a track together with Ron Carroll (USA) with "Rock The Beat". This is only the beginning and many tracks will hit the surface very soon!2010 was a special year for Baramuda. He started the new brand "Housepital" to create a platform for both well known as upcoming artists. This resulted in multiply #1 record hits around the globe and many DJ Top 100 spots! In 2012 his second brand came to life: Twisted Shuffle. Twisted Shuffle was created to provide a brand for the fans where they could enjoy the deeper sound of Electronic Dance Music. in 2013 ADSR Records And Royal Ravers found a safe haven at Housepital releasing quality compilations and artist albums! With several imprints and signed artists like: Avicii, Nicky Romero, Stefano Noferini, Manuel De La Mar, Bingo Players, Dimitry Vegas & Like Mike and Hard Rock Sofa Baramuda can proudly say he knows what the majority wants finding and spotting new talent and sharing good and quality music with the world.So watch out, Baramuda is taking over!!!