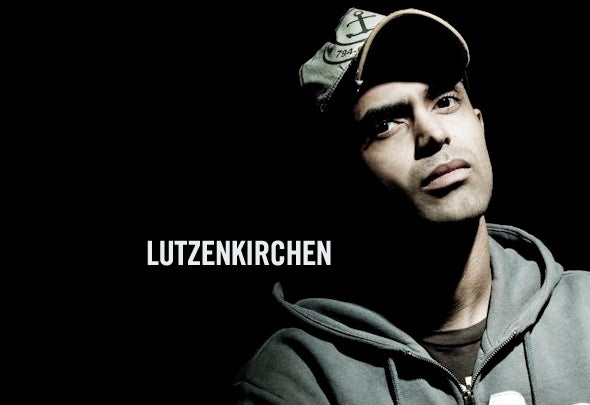 The Story so far – September 2009 Men of the moment and flavours of the month come and go, as the phrases suggest. It’s relatively easy to get a short-term buzz in dance music – but in these days of limitless downloads and increasing disposability, few hotshots have got it what it takes to go the distance. Lützenkirchen is one name that refuse to go away. Munich’s foremost electro-techno exponent has moved effortlessly between underground and overground success in recent years – scoring a German Top 10 chart hit with the huge 3 Tage Wach while putting out a prolific, consistent stream of cool and credible club tracks, all a decade after he first began producing. From his huge remixes for the likes of John Digweed and Coburn to his outstanding 2008 artist album Pandora Electronica, the power and quality of his productions rarely slip. Meanwhile his acclaimed live sets continue to grow in reputation, his charismatic stage presence bringing a breath of fresh air to the usual limp and lifeless laptop workout. Tobias Lützenkirchen’s roots in the music game go way back to 1992, when he first appeared on record as singer. After immersing himself in his love dance music by working as a promoter in Ibiza in 1995, he worked as a professional background vocalist and songwriter on some major projects from 1996 to 1999, before succumbing to the house and techno bug that had been slowly consuming him. Some 20+ aliases, artist names and collaborative groups later, Lützenkirchen was born in 2005 – the name with which he would finally become a global star. Blending infectious, jacking techno grooves with dirty electro sounds and dashes of house, his sounds is electronic as they come, but with a real sense of funk that makes his music accessible to a wide range of DJs, clubbers and part-time dance music enthusiasts. He doesn’t follow the musical crowd – but that’s not to say that he doesn’t know how to keep the music fresh. Continually striving to innovative and evolve his sound, you can always count on him to push things forward – rather than copying the latest hotshot or ripping off endless old records. He only began his DJ career in 2006, when the success of his productions began to bring booking requests from around the world, and by 2008 he had switched to performing pure live sets. But whether he’s playing to 300 people in a sweaty provincial German nightclub, or to 35,000 at a huge festival, his enthusiasm and passion are the same. The last two years have seen him play in every continent at least twice, with 8 tours of Brazil in the past 3 years alone. Despite this heavy travel schedule, he remains one of the most prolific producers around – with a level of quality that few can match.He’s not about hype, trends, fads or jumping on bandwagons – Lützenkirchen lets his music speak for itself. And 10 years on, it’s still telling quite a story… FOR MORE INFOS PLEASE CHECK: WWW.LUTZENKIRCHEN.COM