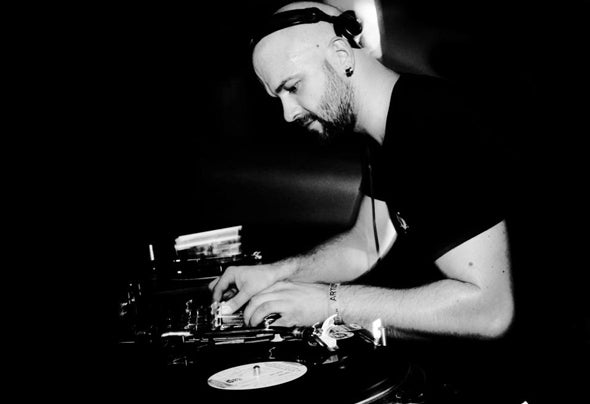 Born in 1980 in Kassel, Norman grew up with funk and soul, the kind of music that his mother had in her LP rack.Already at the age of 16, gripped by the special experience of life these days and infected with electronic music, Norman started DJing. Only three months passed until he was firstly spin the wheels: in Club „SPOT“ in Kassel; later in Club „A.R.M.“, where he still uses to perform regulary; and finally in the „STAMMHEIM“ as well in 1999 – where all has began. Some rousing sets later he became resident DJ at the „HEIM“.Normans early risen passion for Techno kept being the motive of his life as a DJ and producer all the time. T he typical style of „Stammheim-Techno“ inlfuenced him like no other did. But „if you’re stuck – you suck“ - Thats one of the lessons Norman had learned and still nowadays he takes it seriously.Since 2009 Norman is now a permanent member of a club in club project in Kassel, the „Club e-lectribe“. Every months he has a rendezvous with varying guests, all of them stars in the world of Techno music. Here he gets the time and possibilities for testing new tracks and enjoying life and music to the fullest. That is also why some of the Parties don’t end until next days Lunchtime.Back home Norman works on his own tracks. Every piece is a unique: „When i’m producing it very much depends on how i’m feeling, a lot of things emerge from the moment“. His first productions were released on the Label „HoerSpielMusik“ in 2002. Between 2004 and 2007 some netreleases on the label „Broque“ followed as well as three records on the Label „Feinwerk“ which turned out to all be bestsellers.From then on Norman celebrated countless releases; records as well as MP3’s on various Labels such as „Snork Enterprises“ or „Koax Records“ in 2008, „Relax 2000“ and „Punkt vor Strich“ in 2009 or his „Battery E.P.“ on „9Volt“, to name at least a few of them. He went into productions for more releases and remixes for diverse artists in 2010.Consequently, there was no way to not start up an own Label: this was the birth of „RAUSCHWAREN“. Since the first releases on his new baby norman was able to reach a growing number of listeners and so reshuffled the cards for crispy techno sounds in the region. The tracks quickly became a constant part of the legendary Parties of Club e-lectribe.According to the „Maya-Calendar“, it is suppased to bet the end of our world this year in 2012...„... but first we’ll let crackling with „RAUSCHWAREN“ again!