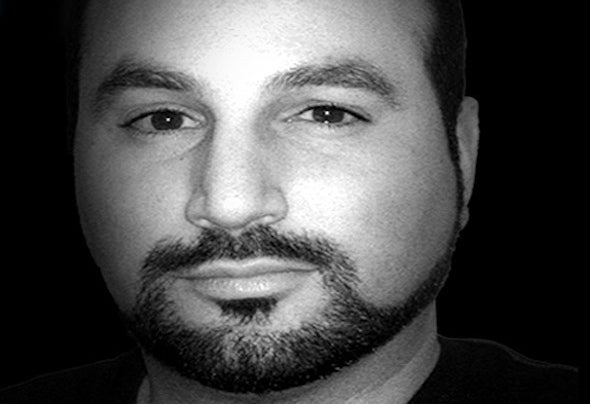 "Gabriel Ben has a really good ear for music." - Carl Cox Mixmag May 2009. Gabriel Ben, is no stranger to the techno music industry having toured globally as a DJ, produced some hit records, ran a record label and has developed a fan base across the globe with his unique pumping sound and vibrant energy. Gabriel’s music productions have landed him on numerous record labels across the world including some of the biggest in the industry including, Toolroom, Spinnin, Bush, Remain, Rawthentic, Nervous, Incorrect Music, Teggno, and Rhythm Converted amongst many others. Gabriel’s music has been heard in top industry DJ’s sets from Carl Cox, Richie Hawtin, Ben Sims, Dubfire, Laurent Garnier, Technasia amongst many others. “Gabriel Ben has produced some monster records.” – Carl Cox Global Radio Show 473 April 2012. In 2006, Gabe partnered with Lance Blasie to create Tattoo Detectives and signed their first track together “ETC.” to Carl Cox Space Ibiza CD that same year. During a 3 year span together, as a duo they recorded some notable singles including, “Il Salto Fuori” “She Bleeps ‘N Bloops.” In 2007 they went on to create Teggno Records, a label in which they could publish their own music and release music from their industry colleagues. In 2009, Gabriel parted ways with Tattoo Detectives and Teggno Records and decided to embark on his own solo career. However in 2012 the duo reunited to play the world’s largest dance festival in Miami, Ultra Music Festival together as Tattoo Detectives. Despite the two having their own solo careers, you can still catch them playing together as the duo. As for Gabriel’s solo productions, he has produced some big techno tracks for a number of different labels and topped techno charts on many different record stores websites with some fan favorite tracks like, “XXX”, “Abwesend”, his Hardrive Series tracks. Some notable accomplishments, included his remix for Christian Fischer’s single in 2009 “Schlachthof” which reached a #1 position on Trackitdown and his original “Beat The Drums” which was chosen by Carl Cox as one best techno tracks in 2012. “I’ve been a huge fan of Gabriel’s productions for many years.” – Carl Cox Global Radio Show 579 April 2014. Along with productions comes DJing and Gabriel’s style has captivated crowds over the years. Some of Gabriel Ben’s highlights in the past included; playing a tour in Brazil – in the following cities, Rio De Janiero, Fortaleza, and Salvador. He also played in Manchester, England, Ireland, and Toronto, as well as in the US in New York, Miami, Boston, Philadelphia, Pittsburgh, Milwaukee, Baltimore and Detroit. In 2008, Gabe & Lance traveled as Tattoo Detectives and warmed up for Carl Cox’s Ultimate CC Tour in the states. In 2007, they opened for Carl Cox at Pacha in New York. In 2012 & 2013 the duo played the world’s #1 dance music festival, Ultra Music Festival as Tattoo Detectives. Keep on the look out as Gabriel will play solo and with Lance as Tattoo Detectives in cities near you. On the media side, Gabriel’s DJ mixes and music productions have been going out to audience’s globally for many years on stations including BBC Radio 1, Kiss FM, Radio FG, Sirius, XM Radio, Digitally Imported, Vonyc to name a few. Gabe also hosts his own monthly radio show "Tektronic" which aired originally on Paul Van Dyk’s Vonyc Radio Netowrk, and now can be heard on DI.FM (Digitally Imported) as well as syndicated on other stations globally. The show began in 2008 and still airs today with top techno artists from around the globe as his guests. “I’ve always enjoyed the sound of Gabriel’s music, and as always it’s always funky and pumpin, his tunes just rip up all the dancefloors for me” – Carl Cox Global Radio Show 570 April 2014. As for the future, Gabriel Ben has plenty of new singles and remixes in store with plans to eventually do a full album. He is also involved in Project Techno. Also expect to capture Gabriel Ben on tour in a city near you. Also plans to play together with Lance Blaise as Tattoo Detectives are in the works.