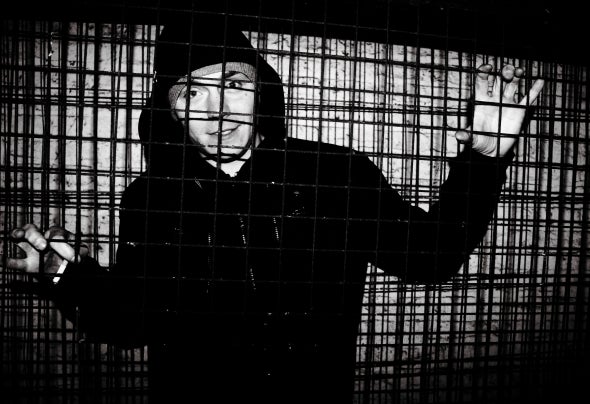 Dj, producer, record label founder, promoter and just a funny guy, Safka is well known for his ability to rock the dance floors in the clubs and secret parties in London, Ibiza and Germany. Safka’s dj sets indeed make people smile - and bounce. It’s filled with the joyous exuberance of the high-octane party spiritthat initially inspired Safka to get involved when he was teenager. Safka has a firm understanding of diversity and a very broad taste in music, readily amplified by his open mind and soul.He is no stranger to London club scene, with appearances in all major clubs like Ministry of Sound, Turnmills, The Cross, Hidden and to many to mention. Also he have Ibiza most famous clubs appearances under his belt too, like Amnesia, Privilege, Es Paradis, Eden and many more small clubs and bars on the White Isle. Safka is no stranger to underground and secret parties too,where it all began for ‘Teleport”He runs his promot ion company called “T eleport ” in London, Ibiza and just starting to promote “Teleport” event s in Germany t his year. That ’s where it ’s all started for him with underground and secret parties in London. He and his partners in crime Andy Fio and SamsasVic decided to start making parties for people with underground soul. With series of successful and amazing parties in east London secret warehouses and places, “Teleport” name is well known in the area for secret party lovers. For Safka that wasn’t enough and he was looking to make “Teleport” name even bigger, and that means to get his “Teleport” promotion going in Ibiza. And it was successfully made in 2008,”Teleport” was in Ibiza. In partnership with “Radical Escapes” and other promotion companies, 400+ party animals and Ibiza lovers was on board with “Teleport”. Every summer since then, you can find him in Ibiza for opening and closing parties in all usual spots named above.Safka, as a producer has released some music and is signed with such labels like: LeaveLate Records, Gam Recordings, Physical Gravity Records, Superbia Records.From the beginning his musical output has revolved around more than just functional club music, regardless of whether it’s on the turntables or in the studio. Combining subtle arrangements that ride the deep vibes that lie between House and Techno, yet never forgetting the drive for the dance floor - that iswhat Safka’s music is about.He is also known as one half of “Duality Project”, name that was made in 2007. Safka and his best friend Andy Fio was making music together, and when it was that point where their music was up to release and they signed few contracts with record labels, they gave a name for them self’s as a producers and dj duet- “Duality Project”.Safka most of his music career years was living in Germany, Spain and UK capital-London, city where some people say is the best and craziest parties going on the globe, not to mention Ibiza, Miami and Berlin-the capital of Techno and Minimal music, maybe t hat ’s why he moved back and lives now in Germany with his family.As a dj, producer and promoter, already with dj sets in the biggest clubs on the world, his music released on record labels, his “Teleport” running successful parties in London and Ibiza, there was still not enough for young, talented and passionate for electronic dance music, guy like Safka.He decided to make another big step in to dance music industry, with running his own record label, called “Teleport Records”. Safka is looking forward to release his own music on his own record label, and to sign talented artists, who have very broad taste in electronic dance music.