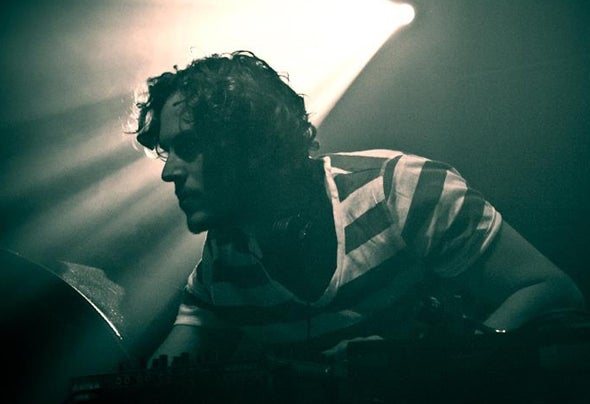 Jeff Rushin’s affair with electronic music began sometime during the ‘90s, when he started getting into acid, club and hardcore. Six years later he became infected by the BLACK GOLD VIRUS and began messing around on the decks.Whilst exploring this labyrinth of music, he discovered the epic sound of techno. Not only did it become a hobby for him, but also an addiction and a lifestyle. Feeling his way through this maze of music and developing his personal style, he was able to create the unique sound that is attracting a growing audience. By experimenting with a range of sounds, loops and voices, and shaking this all up, Jeff injects a deep, warm and energetic mix, which contains the sound of minimal, through to the most devastating sound of techno. Over the last few years he has played at various events, with many different DJs, in and around his homebase of Amsterdam, as well as int ernat ionally.Jeff is currentlly focusing on his famous ON sell-out parties, specialising in underground locations, which breathe techno! ON represents a powerful mix of electronic music, a sublime atmosphere and unique location allowing the DJs to really immerse the crowds into the underground techno scene! ON has invited well-respected DJs including Speedy J, Terence Fixmer, Chris Liebing, Lucy, Par Grindvik, Function, Gary Beck, Tommy Four Seven, Brian Sanhaji, Monoloc, Pfirter, Audio Injection, Sigha, PSYK and Nicole Rosie, together with talented local DJs, triggering an amazing breadth of sound.His music production success is now rocketing, with (up)coming releases on Frucht, Varainz Records, Tanz Factory, Wall Music, Code Minus, Ketra Records, We are Genius, 303Lovers, DID Records and Outland Records. His first live set is already behind him, leaving his rapidly increasing following eagerly awaiting the next...Artist Bio