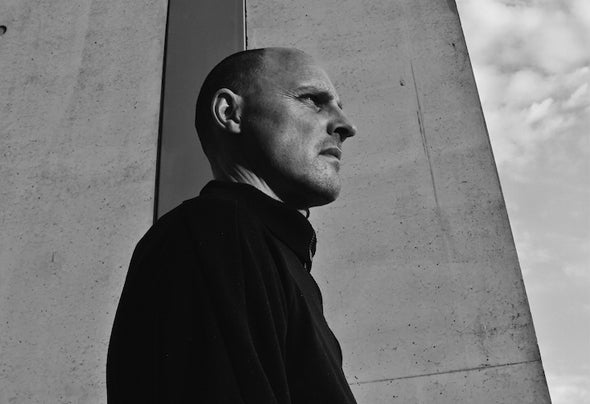 Jeroen Search simultaneously is one of techno’s most influential producers and well-kept public secrets. Consistently putting out quality music since the mid nineties on among many others his own genre-shaping Search imprint, he still resides where he has been for many years now; the absolute cutting edge.Named by many as a source of inspiration, Jeroen Search embodies a clear and honest interpretation of techno. His tracks, while audibly open to new and exciting musical influences, always remain true to that typical, inimitable Search-sound. He has seen little to no need to completely reinvent himself at any stage as most, if not all, of his work communicates itself with great ease due to its truly timeless nature.Starting out in 1993 under the DJ Groovehead alias with one of the first releases on X-Trax Records, Jeroen has so far put out his music on many respected labels such as Figure SPC, M_Rec LTD, Traut, Coincidence Records, and A&S, the latter he co-owns with friend and colleague Dimi Angélis. One of his personal highlights has been the ability to do two releases on Jeff Mills’ Axis/6277 label, one solo (New Reality EP) and one as Counterpart (The Martian Mystique).Jeroen’s approach to music production is an unorthodox one; he records all his tracks in a single take and does all his editing live. Constantly pushing his creativity by trying to get the most out of a minimal setup Jeroen remains active in the studio and he now has new releases lined up on Sect, Affin and Gynoid Audio.Jeroen Search live, which he debuted at Berghain in 2009, is more than just an excellent showcase of his work. It’s a journey through the vast landscape of techno, with an expert storyteller at the helm. When booked for a DJ-set, Jeroen always aims to show a unique and alternate side of himself as an artist; bringing along some gems that other DJ’s may have overlooked or under appreciated, a Search DJ-set is bound to be something special.