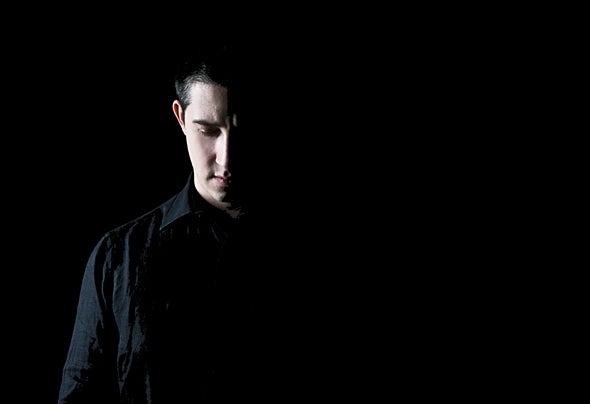 He was born in 1983 in Milan. He has been fond of techno music since 1997 and in 1999 he started to go to rave parties,discovering the magic of live sessions, played by sequencers. He immediately bought a drum machine and started to create his first patterns, taking inspiration from French acid techno,house, Detroit, electro and minimal. At the end of 2003 he expanded his studio, learned to play decks and dedicated himself into productions .In 2004 he played in some clubs and in 2006 he frequented a course for sound engineering and worked together with the Napolitan producer Markantonio in the realisation of the track "Soma" released on Analytic Trail n13 That's what i like vol.2 EP whit Valentino Kanzyani and Joy Kitikonti. during high school he released "tabu ep" on Footlover music a digital label from joy kitikonti,in july 2007 he Graduated as Sound engineer at the "N.A.M." school in milan, in 2008 he released "white ep"on Loose Records the label owned by Rino Cerrone with a rmx of Markantonio.In 2008 produces music for various labels such as Analytic Trail, Loose Rec, Perc Trax, Playmobil, Agile, Suara and many other.play as a guest in some Italian clubs including the may day event "Play The Music" at Old River in Caserta with Oxia, Rejected, Markantonio ,Joseph Capriati and Abnormal Boys.In 2009 on the label of Glasgow "Sleaze rec" released the EP "Space Invaders" with the remix of Uto Karem and Seismal D. After the release of "poltergeist ep" Martin Lee Gore selects the track "poltergeist Perc remix" will be 'played for their pre-show world tour of Depeche Mode "Tour of the Universe"sponsored by their site DepecheMode dot com.the same track in the chart comes from artists such as Adam Beyer and Speedy J.Produces successive "War Page EP " on the American label "Enemy" label owned by Dustin Zhan with the remix of Acid Circus. 2008 to 2009 is remixed by international artists such as Perc, Alessio Mereu, Gary Back, Markantonio, Joseph Capriati, Uto Karem, Dandi & Ugo, Butane, Sasha Carassi, Gennaro Mastrantonio, Dokser, Abnormal Boyz and other.In late 2009 and early 2010 remix Anderson Noise, Matador and Alex Bau. In 2010 he won the competition "Yello Remix Contest" launched by beatport with the track "Oh Yeah" of legendary band Yello. in May 2010 He has released "Green Ep"with the remix by Mark Broom on Material Series, very important Greek label Founded and managed by Mihalis Safras with artist like Mark Broom, Butch, Format B, Lee Van Dowski, Mathias Kaden . he release other tracks for Material Series as "what a funk!" and remixed "don't talk" by Italoboyz,the end of 2010 works with Mihalis Safras to crate Leave / high ep realeased on "Saved Records"label of Nic Fanciulli,having a good response coming in chart and played by international DJs such as Dubfire and Pete tong. late 2010 he release "Habanero" on "Cr2 Underground vol 6 " on Cr2 records one of the best house labels in uk and coming in 12 th on beatport tech house chart. http://www.myspace.com/delysidtwentyfive www.facebook.com/people/Simone-Tavazzi/505011496