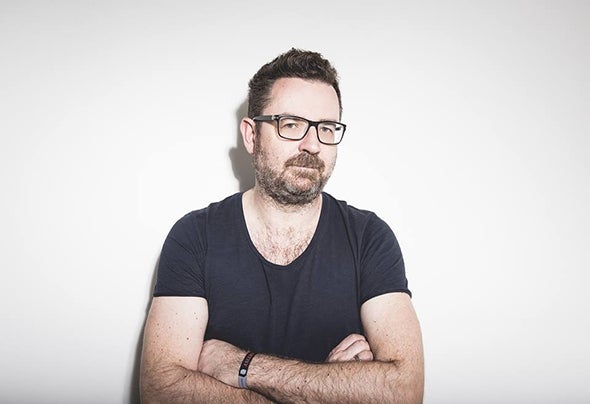 Rudi Wrany aka Crazy Sonic is Vienna’s foremost veteran DJ and promoter. He’s been at it for 22 years already and isn’t planning on slowing down anytime soon. He is responsible for local institutions such as the Sunday Highlight „5 Uhr Tee“ at Pratersauna, „Crazy“ at Flex and co-hosting „Zuckerwatt“.The Tuesday incarnation „Crazy” in particular is the stuff of legend.Quite possibly the most significant party series ever in Vienna.He changed the game inviting guests such as Sven Väth, Jeff Mills or Richie Hawtin.Recently, Rudi has been putting in some serious studio time.Releases on esteemed labels such as Gigolo and Tronic, brought him gigs in far off places such as Brazil (D-Edge), Berlin (Weekend, Kater Blau, Sisyphos, as well as the rest of Europe.Don’t forget to tune in to Superfly every Thursday night for his weekly broadcast.2016 was an exciting year for Rudi, starting off with a Beatport top ten release (“Orange”, Tronic) as well as landing a column in German Heavyweight magazines like Mixmag and VICE.The future is looking brighter than ever for this old workhorse.