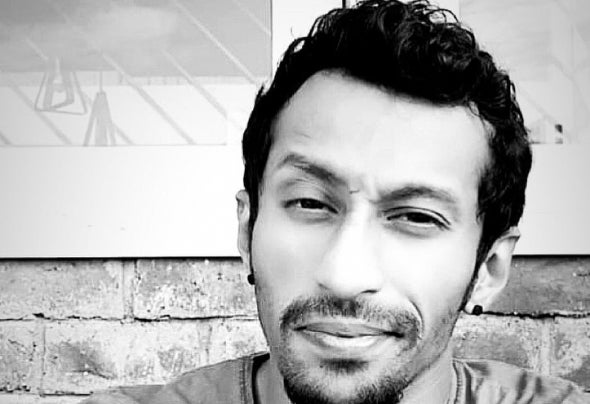 An Intense Love for music that stems from within inspired Eric to start his music movement. Being a fan of Progressive Trance & House Music, he then later was introduced to diverse sounds incorporated with deep dark progressive-tech bouncy groove's underground music. If there was ever an amalgamation of Progressive music & Melodic Techno, it would be Arken X his moniker. Eric’s production can be identfiied by heavy baselines, experimental sounds, brass swells, astrals stabs and atmospheric sounds in the background that will transport you to surreal planes beyond this earth. His releases are on labels like Mistique Music & Ballroom Records. His new release from Ballroom records for the ADE sampler edition ‘Cube’ presenting his debut collaborations with Moogish. In his unusual set you’ll find that his style is not restricted to one sound to create a pulse, which are more of niche hypnotic eclectic sounds along with a dark, ominous vibe the creation evolves through wavering synths, some rich growls, driving-bass- lines, for him inspiration can spring up from any source. His set’s involves inviting percussive grooves, radiant arps, white noise and Dark stabs. Also experiments with unexplored sounds by creating SUBLIME Vibe for the ecstasy for music. Constantly living in the moment, capturing emotions and reactions from the world around him and channelling them into his musical productions is his forte’ Never afraid to go too deep, his emotive musical selections are his own therapy.