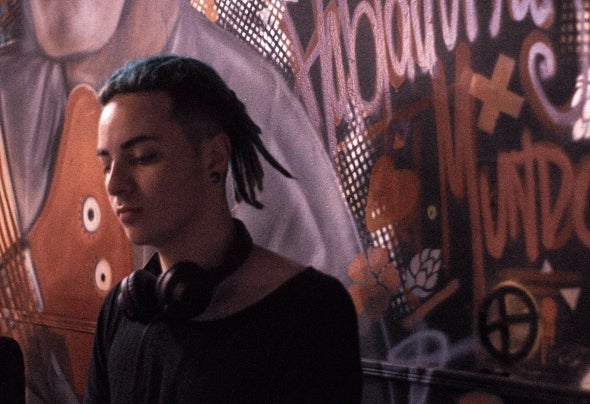 Based in Argentina, he was born on May 23, 2000 in Arroyo Seco. Since his childhood, music was his passion, he began testing stringed instruments such as guitar, and then began to study it more together with bass, drums and piano at an art academy in his city. In 2015, thanks to his older brother who was already a DJ, his attention to electronic music unleashed a brilliant inspiration to start testing softwares dedicated to the eld. His music selection varied over time as he continued polishing his mixes.  The interest in production was born after nourishing itself with universal information, realizing that it could heal itself and raise people's consciousness and then heal themselves. Minetras studied music faculty at the Faculty of Humanities and Art, little by little he discovered the sound he loved most by joining all kinds of genre to create.  Later he began to study Sound Operator that provided him with the necessary information and capacity to be able to find the sound quality when putting into practice the technical issues of production. Its artistic name is a combination of universal meanings, constellation of stars of the fifth dimension and science discovering reincarnation.  Today he continues to investigate, study, create and in search of creative freedom. Finding art at every moment and fullfiling his mission to spread his music to the entire universe.