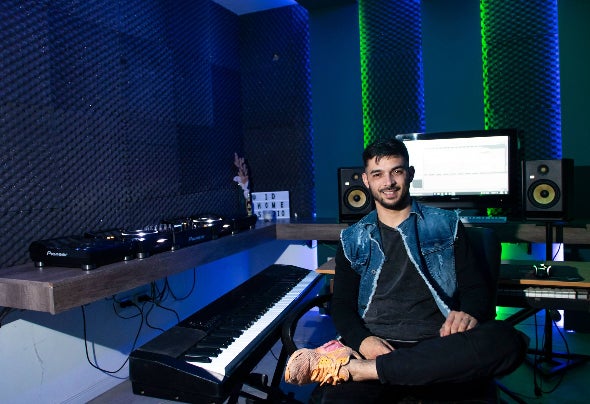 Francisco Basso was born on September 30, 89 'in La Rioja Argentina. At an early age, his inclination for music led him to study piano thus venturing into different bands, in different musical genres. By 2011 he decided to experiment in the “electronic scene” of the province, gaining acceptance in the local public. After a brief residency in a city bar and local parties of great importance such as "Happy Beats" he managed to position himself as a resident for 4 years in "Deep Side" (one of the largest tracks in the country) which allowed him to take his music to much of the country (Salta, Córdoba, San Luis, Santiago del Estero and Catamarca among other locations) and where he has shared with world and national renowned producers (Santiago García, Kevin Di Serna, Soundexile, Graziano Raffa, Ezequiel Arias, Jimmy Van M, Mariano Mellino, Jonh Cosani among the number of artists) thus adding an important experience in his career as a DJ as well as renowned events and private parties. ' ; BC2, 3rd Avenue, IN2U among others, his first album is in process with a release date this year, productions are characterized by their strong presence in the melody / harmony with a particular Groove.