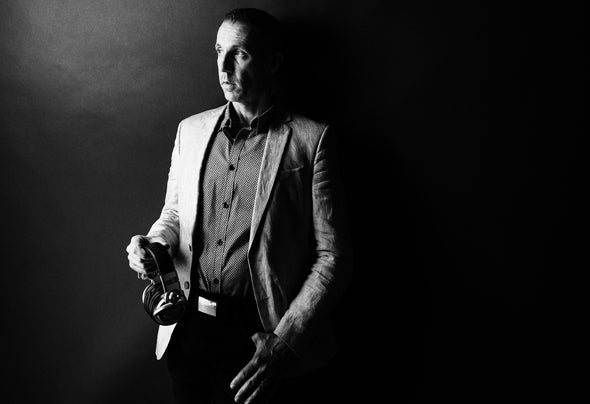 DJ Francis James is an emerging Electronic Music Artist and DJ originally from the Philadelphia, and New York City areas now residing in Western Germany. Under his various past aliases, he has had older tracks on Beatport, JUNO Records (UK) Traxsource, Spotify, Itunes, and other world renowned online sites to name a few, and he is an Artist that has many years of experience filling dance floors on two continents. During his long career, he has worked major nightclubs in New York City, Atlantic City, Philadelphia, and Miami—including guest DJ Spots at the prestigious Winter Music Conference in Miami, and he even had the opportunity to open for EDM legends such as Alex M.O.R.P.H., and Armin Van Buuren’s legendary trance vocalist—Susana from Amsterdam. Currently, he is hosting a monthly radio show entitled: Deep State Sessions which is broadcasted on over five different radio stations throughout the world (Milan, Moscow, London, & Amsterdam—and currently growing) including the Internet’s Number One Trance & Progressive Radio Station—Afterhours.FM featuring his signature sound or melodic progressive house music! His sets have been supported by the likes of Progressive House Argentina which are well known within the underground dance music scene for playing and supporting some of the best up and coming underground talent out there, and he is also part of the MOAI Artist Agency that supports top up and coming talent. His unending love for the music and the scene have kept him in the game, and he is an Artist on the move--so stay tuned! Bookings Worldwide: centraleurope@moaiclub.com