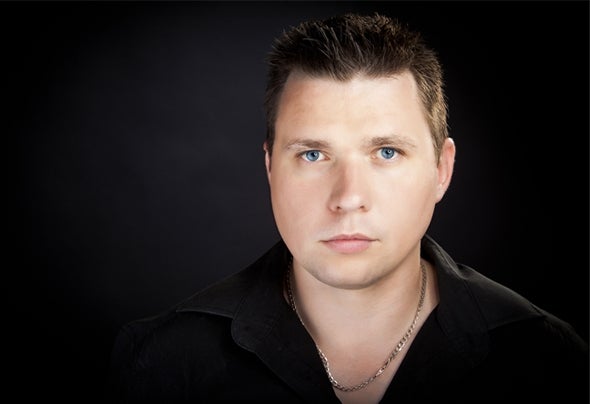 "It is quite difficult to define my style - it is sometimes deep, sometimes techy, sometimes chilly, but mostly dark, melancholic and emotional." Many other achievements, time and different musical influences have resulted in natural development of his musical style. His most preferred genres are deep house and tech house, however, in his current sets and tracks can also be found elements of ambient, chill-out electronica, progressive and dub techno. He is able to keep this diversity in a deep, hypnotic and emotional atmosphere. Tomin literally lives with the electronic club music what is reflected in his sensitive approach to it as well as in his life-giving communication with the audience during his energetic and technically sophisticated sets. All this gives green light to an excellent show and high quality musical experience for clubbers and listeners. Between 2011 and 2014 together with other colleagues he was a promoter of big club events in Slovakia – Synthesia and Dynamic Sound. On these and other events as well he had opportunity to support and play with such well-known DJs as Hernán Cattáneo, Mauro Picotto, Henry Saiz, Guy J, King Unique, Eelke Kleijn, Andrey Pushkarev, Jay Lumen, Hollen, Luke Fair, Peter Makto&Gregory S, Snilloc,... He is also fully engaged with his own production under his nickname Tomin Tomovic (deep house) and Alpha Hypnotica (downtempo, electronica). His productions appear on well respected labels such as Traum Schallplatten, Motek, Truesounds, Bonzai Progressive and of course his own Seta Label. His track "Respect Our Mother Earth" has been played by the well-known dj master Hernan Cattaneo on his Resident showcase on Delta 90.3 FM. In 2015 he became a part of the SETA Label. Currently he is the leader and the A&R of the label. Under Seta label's flag he is involved in organisation of the label showcases called SETAp, where he also plays as the resident DJ and supports international guests with his warm-up or after-hours sets.