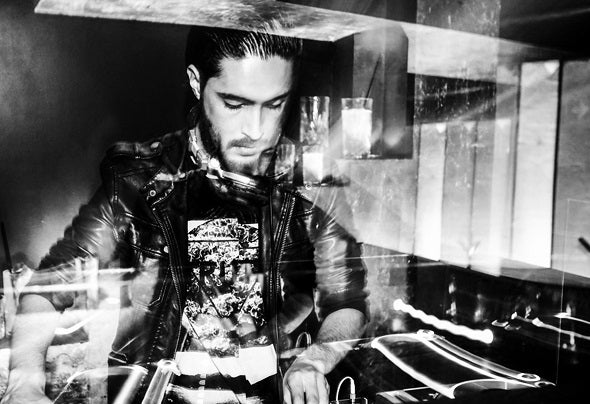 Originally from Mexico City, Evan "Black Ride" has always been influenced by the musical currents of the 80's and 90's, reaching into the origins of the genre with the brand of artists old school 90's as Masters at Work, Jeremy Sylvester, Kerry Chandler, Grant Nelson and Paul Johnson, discovering the true sound of the underground resume them and start producing their own sound used in several papers and Tracks edits to their own live performances, also beginning to dabble in the production of projects originals. Behind the decks, Evan take the peculiar sound of the 90 ́s & Hip Hop beats,uk sounds, vaporwave & funky grooves, always contemplating a selection classic, combining contemporary exponents also with surprise and some issues of its own manufacture.In 2012 Evan creates the label "Ride Top Records" whit a New Alias : "BLACK RIDE" with the purpose of show and release a mix of local and international talent. The sound and live experience of Ride Top music is a varied styles of Deep House,Uk Garage, Acid, Techno, Chillwave,Trip Hop,Future Funk & Soul,from the classic vibes with a solid vision of the contemporary movements. The growth of sophisticated musical trends emerged in clubs and raves in the early 90's in cities like Jersey, Chicago, New York, London and all Great Britain are the main inspiration and feature distinctive sound that is showing in every release in the catalog of Ride Top Records where it will always present the true feeling of the sound.