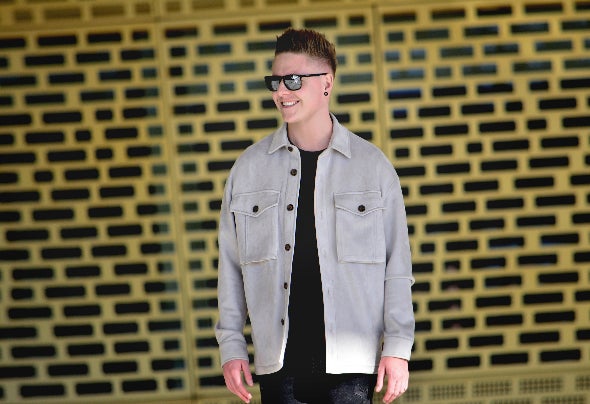 EVER-L, whose real name Everson Levert, is a Belgian DJ & Producer. Everson was born in 1993 in Huy (BE) where he lives his passion for music since his teenage years. Promising DJ from the Liège region, he began mixing at the age of 16 and was quickly known in the nightlife and underground music scene through his electronic music (House, retro tribal house, techhouse and techno). He has played sets on many radios, clubs and events in Belgium and Luxembourg. In 2018, he won the competition organized by radio contact and created his first song "Fiesta Brasilia" under the American label Catamount Records. This in turn allowed him to play at one of the biggest festivals in the world: Tomorrowland. In 2019, he produced several tracks, continued his ascent and in 2020 signed on two music labels "ENSIS records & BIP RECORDS" with artists including; dimaro, robert abigail, azhee, daddy k, furax. In 2020, his song “Avenida” chartend in the top 10 on Traxsource for two weeks and was featured in one of the top 1 albums on ITunes. “Home” was 19th on the ITunes charts as well.