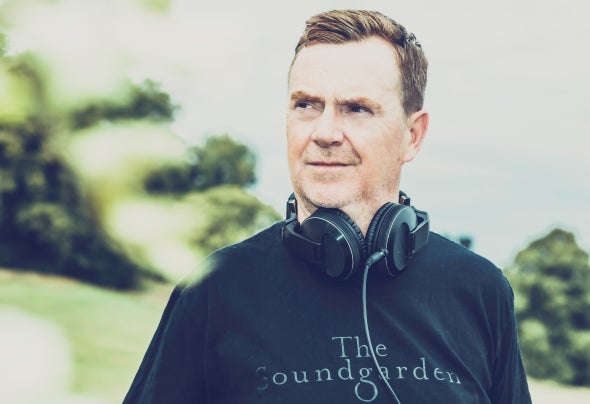 You can tell when Nick Warren is on the decks. The music emanating from the DJ booth is that perfect club mix of driving percussion and soaring musicality, bursting out of the speakers, soaking everyone in melody, drenching them in sound. To this day, Warren remains at the forefront of club culture: he packs clubs and arenas worldwide from London to Buenos Aires to Burning Man, transfixing dancefloors with his distinctively forward blend of credible progressive sounds, deeper tunes, atmospheric layers and any other grooves Warren deems appropriate for his turntable. Nick Warren became one of the first so-called "superstar DJs" in the mid-to-late '90s, holding down a high-profile residency at Cream in England, touring around the world, and appearing on several DJ mix albums before they became commonplace. Then, through a combination of providing acclaimed mixes for Mixmag, DMC, and the Global Underground series, and releasing a string of club-smashing solo singles, Warren found himself catapulted into the electronic big leagues; and, by continuing to release acclaimed albums, singles, and remixes with his Way Out West partner-in-crime, Jody Wisternoff, he firmly established himself as a truly multi-faceted producer of top-quality dance music. Now, as the A&R of Bristol-based Hope Recordings, he spends his time seeking to hone and promote the next generation of club- smashing DJ and production talent; and, through the expansion of his label The Soundgarden into a globe-straddling international events and entertainment brand, set in stone his already firmly-established reputation as a giant of electronic, techno, and house music.