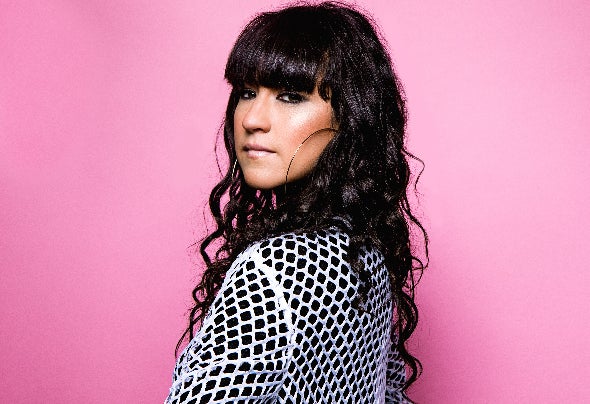 An established artist on the live music scene of London and beyond, Louise has played at Glastonbury & Isle of Wight Festivals, recorded at Maida Vale for the BBC and supported and shared the stage with many established artists including Ed Sheeran (who is also in one of her music videos), Katy B, Paloma Faith, George Benson (Kenwood House), Roberta Flack, En Vogue (The Indigo2). Roy Ayers, Omar, Dexter Wansel and Heatwave at The Jazz Cafe and Eric Benet at The Hideaway. Louise also performed in The o2 arena in September at the first ever Electric Soul Festival supporting Kool and The Gang, Brand New Heavies, Level 42 and Heather Small hosted by Trevor Nelson. She has worked on tracks with Example and Newham Generals (signed to Dizzie Rascal’s Dirtee Stank label) and recently wrote and sang the theme tune for a brand new comedy series on Amazon Prime Video. She has released several EP’s, singles and an album and has been getting a lot of support from DJs on BBC 1 Xtra, 6 Music, Jazz FM, Mi Soul, Radio 2 and radio stations across Europe. Louise was also November’s Caffe Nero Artist of The Month. Her 2015 album Novel features a track with UK Soul Legend Omar and Mo Pleasure (musician who is worked with Michael Jackson, Earth Wind and Fire and Ray Charles) as well as production by Mercury Music Prize nominee producer Drew ‘Beats' Horley (Ty, Estelle, De La Soul, Roots Manuva) and Aamir Yaqub (Rihanna) She is currently writing with Grammy and Ivor Novello winning songwriter / producer Rob Davis who co-wrote songs such as Kylie’s ‘Can’t Get You Out of My Head’, Fragma’s ‘Toca’s Miracle’ and ‘Groovejet’ by Spiller . And has recently released The Songwriter’s Podcast in association with The Ivors Academy and PRS for Music M Magazine.