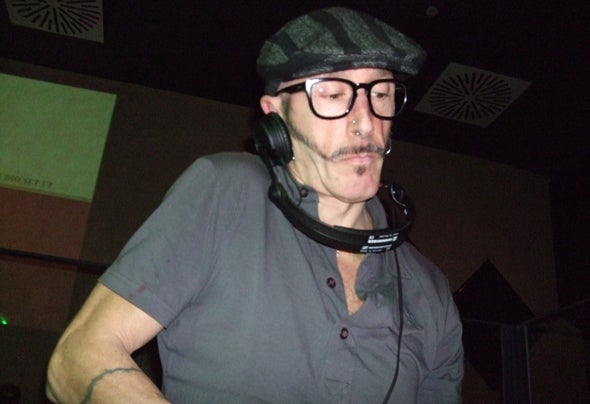 At age 12 he studies music. DJ since 1976, with the coming of DISCO MUSIC he begins to take his first steps in discos, working both as RESIDENT DJ and as only ONE NIGHT, between Emilia Romagna, Marche and Rome. He moves there in 1980 to attend the Academy of Costume and Fashion, while continuing to deal with music. He plays in clubs like MUCH MORE and more underground and avant- garde clubs of the early 80's, ranging from Disco, High Energy, Italo-Disco and New Wave.At that time he travels a lot between Rome, Florence, Paris and London moving in clubs like TABOO in London and LE BAIN DOUCHE in Paris. At the half of the 80's he meets DJ Gianni Parrini and this leads to a musical fellowship, with them working together on various events. This is the time of HOUSE MUSIC and fom then on Tempesta, always attentive to new fashions and trends, while not neglecting his own tastes, plays in the most beautiful italian Clubs as Baia Imperiale, Insomnia, Empyre, Peter Pan, Villa delle Rose. In 2008 he sets up his own record label and becomes a Producer.Among his most popular works are songs like XXX,INSIDE OUTSIDE,BIG BANG and many others, in cooperation with the DJ and Producer Lello P.Researcher, attentive to all sounds, from Lounge Music to R & B to Chill House, through House and Disco House, never forgetting his first love - Disco Music.He has worked in many clubs, just to name a few: Peter Pan,Villa delle Rose, Pascia’ (Riccione) Insomnia (Cattolica),Made in Bo,La Vie en Rose(Bologna),Skorpio,Club 83 (Urbino),Empyre (Forli),Gatto Nero (Porto S.Giorgio),New Jimmy (Riccione),Meccano’ (Firenze),Baia Imperiale (Gabicce Monte), ,Bikini (Cattolica),Crisco (Firenze),Io Street Club (Rimini),Q Club,Makkia Disco Club (Urbino), Club dei 99 (Gradara/PU)Dj Set at Baustelle Live Concert Ecc.Ecc.