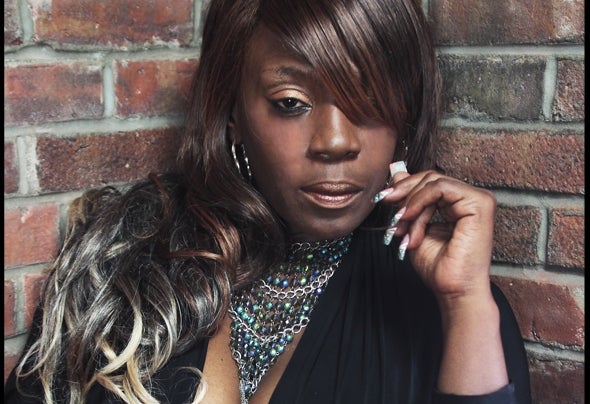 In an era of elaborate recording and video production, it isunusual to discover a talent so pure and diverse that itturns the listener’s attention back to the one time star of therecording industry, the singer! Born into a family in whicheverybody has perfect pitch and raised in a Pentecostalchurch where she has been a soloist since the age of five,singing came instinctively to Barbara as walking and talkingdid other children. As a diva who can sing anything fromgospel to classical, BARBARA DOUGLAS IS DYNAMIC! Shewill inspire writers and producers to stretch their creativeboundaries, as well as set a standard of excellence forfuture female vocalist.WILLA MAY MODELS INC. signed Barbara Douglas forseveral movies and face shots. She can be seen in moviessuch as “MAN ON THE MOON,” “SAM I AM” and “RANDOM.”Barbara has also done T V commercials such as WONDERBREAD, MAXWELL HOUSE COFFEE and MILLER BEER.Barbara is also a book writer. She enjoys writing children’sbooks and songs such as, “GOOD MORNING,” “RAINBOW,”and “MY HANDS AND BODY PART S” – just to name a few.As with any great vocalist, Barbara’s favorite part of herchosen profession is live performance. Her theatrical careerstarted with a role as a featured vocalist in an off Broadwayproduction of ‘’GOD’S CREAT ION.’’ Barbara was alsocasted for lead in one of VI HIGGINS’ productions of’’MAMMA I WANT TO SING.’’ She also brought down thehouse as her audience offered her an ovation after acappella rendition of ’’GOD BLESS AMERICA’’ for an AIDSBENEFIT PROGRAM at AVERY FISHER HALL, LINCLONCENT ER. Barbara has also appeared on SHOW TIME ATTHE APPOLLO, where she won first place. She appearedseveral times thereafter as a special guest.LARRY FLICK of BILLBOARD MAGAZINE professes“BARBARA DOUGLAS is a star. Her personable voice couldgive Martha Wash a run for her money!” Her single “Shine”on Strictly Rhythm reached #24 on the Billboard Dancecharts in 1995. Recently, in August 2014, her single“Freedom” on Roland Bartha’s Mjuzieek label has been onthe Traxsource Top 100 and Traxsource Soulful House Top10. She is the Co-owner/Operator of Black Israel Records andRod Winston Digital Entertainment which was established in2012 and put out a string of R&B and Soulful House tracks that have received notable acclaim around the globe.She is a true Diva who combines the best of music,business, glamour and showmanship. Be sure to keep upwith Barbara on Facebook, Twitter, and Instagram.