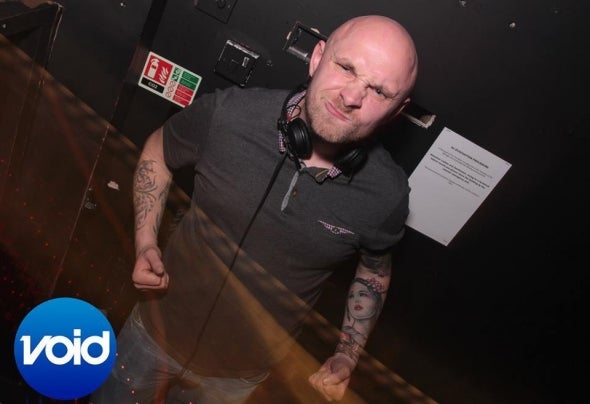 Manchester based DJ/Producer of house musicBiographyWith over 12 years of DJing behind him and firmly under hisbelt Danny Phillips over recent years has started to hit theradar as a serious and passionate artist, especially when itcomes to house music.Although based in Manchester all his life Danny’s firstconnection with dance music started in a different cityaltogether and at a very early age. In fact at just 16 Dannyfell head over heels in love with both house and hard house,a combination of music that in the 90’s was served up eachand every weekend at the legendary club Turnmills, inparticular at the afterhours club night Trade: Where iconicDjs such as Tony De Vit, T he Sharp Boys, Smokin Jo, TallPaul, Steve T homas and Alan T hompson all cut their teethas DJs, playing there on a regular basis. It was these veryDJs that inspired Danny to purchase his first set of decks atthe turn of the millennium, a pair of Technic 1210’s.Within 6 months of owning his decks Danny had alreadymastered the art of mixing, self-taught by constant practiseat any given opportunity. It wasn’t long before his new foundskill secured him his first regular DJ slot at Manchesternightclub Sub101. It was this gig that catapulted Danny tothe attention of several local promoters and bagged him astring of high profile gigs and residencies across the northof the UK and beyond.Cities to have already sampled Danny’s deck expertiseinclude Liverpool, Leeds, Blackpool, Brighton, Stoke, Bristol,London and of course Manchester, where Danny hasbecome a household name on the thriving gay scene in thecity. T hroughout his time playing he graced the decks atlong running club nights including Morning Glory, Organic,Church and the legendary afterhours club Breakfast Club.In 2012 Danny’s Djing career has reached an all-time highafter gaining a residency at Aftershock in Manchester, oneof a just a few weekly house nights in the city that hasbecome a place to play on the hit list of Djs right acrossManchester. Originally guesting at the club and after dishingout sets that super exceeded expectation Danny was askedto join the team of resident DJs and has becomeinstrumental in finishing the night at Aftershock with histrademark edgy closing sets.Bagging himself a new high profile residency hasn’t been the only high of the year so far. In July Danny hit the capitalto guest at London super club FIRE, a club that has alsoplayed a major part in inspiring him to DJ and chance acareer in the dance music industry.2012 has also been the year that Danny decided tointroduce himself to the industry as a credible producer andafter teasing his audience with the promise of a killer firstEP, delivered the goods in the shape of his “Tasered inTesco” EP. A double track release that was snapped up bymajor record label Toolbox Music and has reached aworldwide fan base that was until now not within his reach.His tracks “Beautiful Mountain” and “T he Naked Dash” haveboth peaked as top sellers for the label on several of themajor download sites and Danny is already working on abrand new EP to be included on the labels 9th Birthdayalbum to be released in October 2012: A compilation of theirbiggest releases and one that Danny has been asked tomix. A credit to an artist that seems to be in full flight rightnow!For dj bookings emaildjdannyphillips@googlemail.com