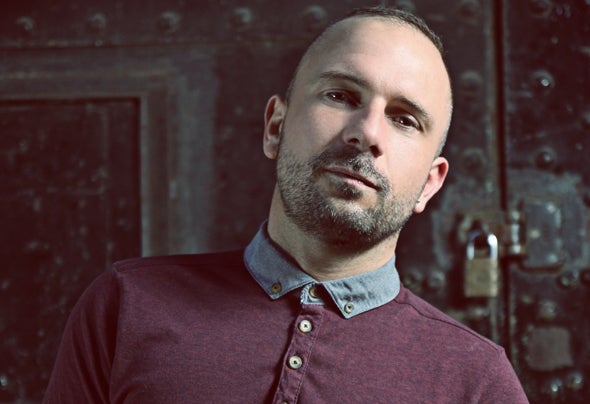 Nik Denton’s career as a DJ and producer in the dance music industry is heading ever closer to a timeline of 2 decades. Starting off at the young age of 17 Nik’s career so far has been that of a DJ’s dream by playing for countless club-brand giants and appearing on an impressive catalogue of record labels, compilations and playing on world class club sound systems around the world: Including throughout the years: Sankeys, Mission, Turnmills, Fabric, Fire,Area, The Cross, Gatecrasher, Canvas, The End, Emporium and Heaven to name just a few. His international gigs have included visits to New Zealand, Dominican Republic, The USA, Ibiza, Gran Canaria, Ireland and Amsterdam.Starting off with a passion for the “Harder edged house” championed and pioneered by the DJs that inspired him as a clubber at legendary club-night Trade, Nik’s taste in dance music has broadened to stretch right through to funkier vocal house. Present day Nik can be found spinning mostly a modern fusion of Tech-influenced house and pumping progressive beats.As a DJ, he’s as versatile as you can be. To watch him deliver a set is akin to watching a craftsman take extreme pride and care to create the most intricate piece of contemporary art. Nik is a complete natural behind thedecks as he delivers crowd pleasing performances, no matter the environment, or time; he has an almost supernatural ability to accurately read the minds and wants of his audience and a skill clearly learnt from watching and appreciating the first generation of hard-house DJs. No wonder then that Nik Denton’s name over the years has appeared on some of the biggest line-ups, including a 7 year residency at Trade and appearing at the first ever Tony De Vit memorial night: Just one of a handful of DJs credited at the time with the ability to celebrate the career of an undisputed DJ/producing legend.Off the decks, Nik is a prolific producer and astute businessman; running his own award winning Toolbox Recordings for 13 years and sister label Toolbox House. More recently Nik’s attention has weighed heavily towards his House label and throughout the labels impressive 11 year history the brand has attracted a long list of industry giants to release and remix tracks on the label: Including Pagano, Reza, Max Sanna, Mark Broom, Peter Brown, Jason Chance, Wayne G and Paul King to name just a few.Outside of his own Toolbox House label Nik’s work has seen him export his work across the globe and his house studio productions can be found on world recognised labels Kidology (UK), Supermarket (Spain), Clubstar (Germany) and on labels Enriched, Terrabang, Shute, Drizzly and Blue Dove.In 2014 Nik’s DJ bookings remain thick and fast with regular international bookings and consistent recalls to the clubs that he chooses to play. His residencies at club nights Aftershock, Recreation and Federation in Manchester keep him busy in Manchester where he lives.Aside from his busy DJing schedule, studio commitments and dedicated hard work on his record label Nik also appears every Saturday night on the world’s biggest gay radio station Gaydio (FM/DAB) with his “Upfront Power Hour” show.