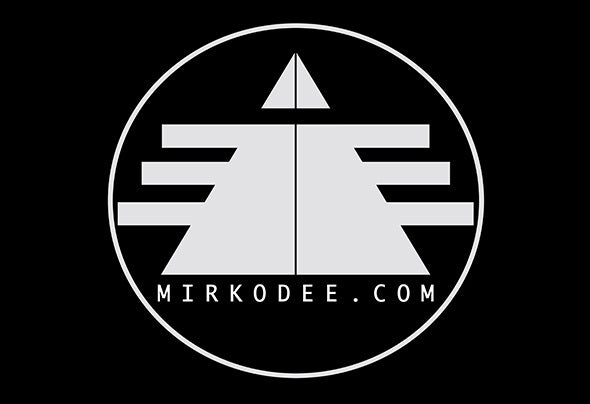 Mirko Dee, class 1989, showed a deep connection to music since his early years. At the age of 13, he started manning his first Technics 1210 MK2 decks.After a few years, he was contacted by a local Sardinian station, Radio Stella, to collaborate as a musical selector and soon after he was offered to run his own radio show, “We Dance”, which became, in a few years, one of the most followed dance programme in the East coast of Sardinia. During this time, he also made himself known as a DJ in various Sardinian clubs and his reputation grew very rapidly thanks to his innovative sounds and eclectic musical selection. In 2011 he started producing tracks for various Italian record labels, such as Lupa Records and Bacci.Bros Records. In 2012, he founded a DJ trio playing at different gigs across Switzerland. This project lasted about one year.In 2014, he started his close collaboration with Marshall, founder of the independent Sardinian label, “de-generation records”, as event organiser and promoter of the label. Since then he has also become responsible for the selection of its artists and the promotion on social media.At the end of 2016, Mirko Dee moved to the UK to start a new chapter in his career and to follow his music objectives, continuing his collaboration with “de- generation records”. In October 2016, he was invited to participate to the line up for an important event celebrating the 3rd anniversary of the programme ‘Wicked 7 Radio Show on Ibiza Live Radio”, at the Cafe 1001, in London. The event was broadcasted live at the Tantra Cafè Ibiza.Mirko Dee is a regular DJ for a large UK restaurant and bar chain, Piccolino, playing across different venues in the South East of England and the Manchester area.His first remix for ‘de-generation records” will be released on 30th November 2017 on Traxsource, and from the middle of December it will be available on all the main digital stores.