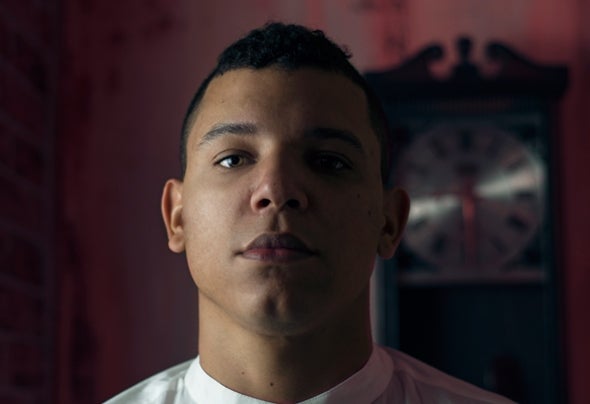 Cali Lanauze although his young age, he’s been around for a quite some time already. Born in San Juan, Puerto Rico, a small island in Caribbean, not a lot of people could associate his dark grooves with the Caribbean vibes, but Cali started in the music industry at a very young age getting support from heavyweights for his productions. His influences and the support he got in the electronic music culture was enormous. Names like Carl Cox, Richie Hawtin, Radio Slave, Dj Sneak & more were playing Cali’s music since day one.Now promoting and producing events in his native island of Puerto Rico, he is establishing his mark in the industry better than ever, curating weekly lineups and sharing the decks with dj’s like Dixon, Art Department, Guy Gerber, Damian Lazarus, Lee Burridge, Dj Tennis & many more.Apart from this Cali, has been able to releases on some of the most respected labels worldwide like Sleep is Commercial (Berlin), BlaBla (Amsterdam), Better on Foot (USA) & others. In addition, his hit single with Puerto Rican native Jonny Cruz on the prestigious My Favorite Robot Records (Canada) went on to be at the top of Beatport Top 100 Charts for three weeks including a massive remix from Crosstown Rebels own Fur Coat.More recently, Cali has been really developing his sound and developing Puerto Rico’s scene. Releasing tracks consistently with artists like Circoloco’s resident Andrew Grant, Bpitch Control’s Kiki, Bob Beaman Germany resident Roland Appell and much more has put him in the spotlight in the last year. Also making stops in main cities in the US like New York, Miami, Washington DC and touring Central America’s main cities like Mexico, Panama & Honduras.2017 sees the birth-child of Cali’s new record label, arts & visual project with his longtime friend Jonny Cruz called Opulence. With a busy calendar and collaborations with some of the most influential music producers and dj’s we can expect Cali & Opulence to take the world by storm on 2017.