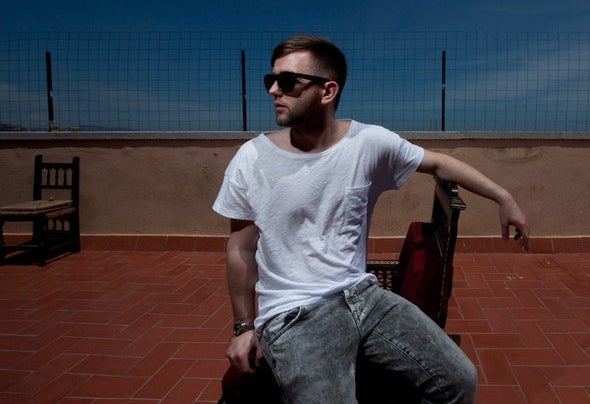 Born in Bonn, Germany, 1984, Andre has been obsessed with music since an early age. By the time he was 12, he was experimenting on his first mixer and a Dennon, mainly mixing hip-hop & rap while living in the Dominican Republic in the Caribbean. At the age of 15 he was introduced to electronic music through attending and assisting in the organization of many underground House and Techno parties in the Dominican Republic (Caribbean).Needless to say, he was immediately captured by the sound and vibe of these events. At age of 17 he was spinning Techno and Tech-House, influenced by the sounds of Chicago and Detroit, Phoenix G, Plus 8 Records and KMS. Experiencing the drive and raw energy of the likes of Derrick May, Jeff Mills and Richie Hawtin had a massive impact on him and set his course as a DJ.As he began to define his own sound, he took influences from Detroit's atmospherics, Berlin's clinical precision and Chicago's raw energy. At this time he was playing in local clubs on North Coast of the Dominican Republic. At 18, he moved back to Germany, intent on developing his individual sound and build his DJing career. Carving out his sound and constantly fine tuning it he has arrived at a smooth blend of House and Techno. It all began to come together in 2004, when he moved to Barcelona to study Electronic Music ProductionAndre has established himself in Barcelona with residencies at Boulevard Culture Club. In the cities tight knit scene he has been able to hone his skills and keep the crowds coming back. These adventures have seen him in support of the likes of Damian Lazarus and Funk D'Void while keeping close ties with the city's top names such as Mirus and Negro. His talents have also taken abroad him to spin at Rex Club (Paris), Space (Ibiza) and Heaven (London).Andre Buljat is ever absorbing the sounds, energy and vibrant atmosphere of his home city, readying himself for maximum output. He is poised to release his unique House and Techno sounds on wax, ever refining his style and always looking to take things to the next level. His production style is deep and grooving and has seen remix attention from the likes of Yakine and Nekes. Currently he is working on new releases for Indigo raw and 4line records.