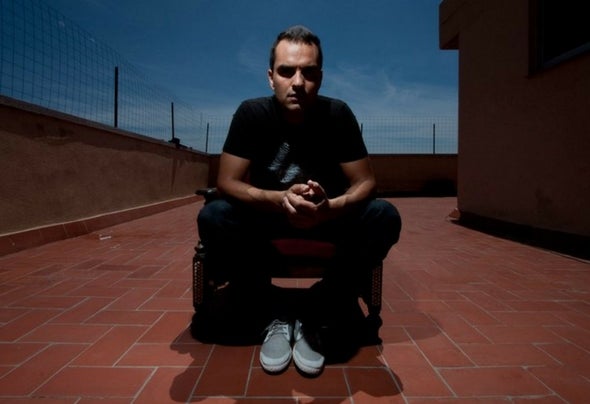 It's been a while since Mirus overheard his parents' basement parties, their XL tape deck blaring disco music through the walls of his childhood home. But little has changed in terms of curiosity. A fixture on the Barcelona nightlife scene, the Norwegian/Lebanese artist has taken all his influences—which span from his great-grandmother's piano playing all the way to Jan Garbarek and Terje Dypdal's free jazz recordings—and put them to work in making his city's club scene the best that it can be. Whether he's doing it through his work with record label Indigo Raw, organizing one of the Catalan capital's most notorious parties or helping launch epic venue El Monasterio depends on the season, really. Tack on his travels as DJ and digger of not just records but moments, and you've got a man whose very identity is forged upon this most electrifying world we call nightlife. With a steadfast commitment to keeping mind and ears open, Mirus' style behind the decks is ever on a path of nuanced evolution. The same might be said for his productions, which lean towards the emotional spectre. It this openness and humility as a listener, first and foremost, what has set the tone for how he handles everything else in his career.