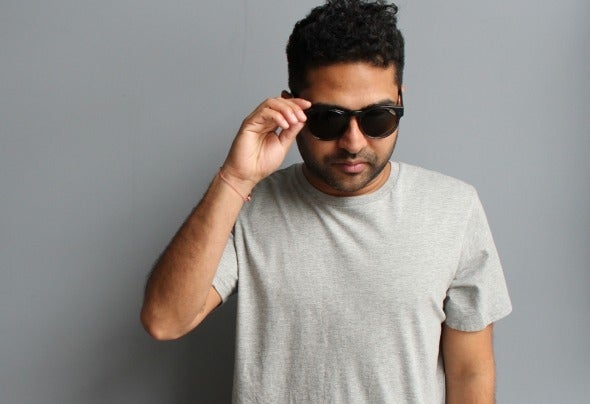 Nitin has worn many hats in dance music. Promoter, Label Owner, Record storeowner, producer but first and foremost, a DJ. Beginning his career in London, Ontario, Canada, he was one of the founding fathers of the electronic music scene in the city. If you lived in the London Ontario area between the years of 1994 & 2005, you would have heard the mixes, stepped foot in the events, and listened to the music that Nitin enlightened the city with. Nitin’s love affair with music began at an early age. His initial musical spectrum included Hip Hop, early Electro and New Wave. It wasn’t long before the radio waves of Detroit caught his ears; and he was hooked. It was clear that Techno & Tech House was the platform, and a direction was chosen. It wasn’t long before he also became (now long time) friends with another London Ontario native, John Acquaviva, who opened him up to a plethora of music and knowledge. In 2005 Nitin made the decision to migrate to Canada’s musical hub, Toronto, where he joined the newly launched Gem Events team, and began to hypnotize the city with an onslaught of tailored events ranging from underground warehouse & afterhours parties, all-sized nightclub events, up to 10,000 plus concerts & festivals across the Americas. Nitin’s DJ career has spanned over 15 years having played from Coast to Coast across Canada, down to Ultra Music Festival, WMC, Miami, and The BPM Festival in Playa del Carmen, Mexico, and across the oceans to the UK. Along with festivals, Nitins enjoyed the privilege of spinning at a few notable venues including BLK|Markett in Brooklyn and the Standard Rooftop in LA. Playing alongside many of the worlds Top DJ’s, Nitin regularly shares the decks with the likes of M.A.ND.Y, Damian Lazarus, Jamie Jones, Audiofly, Art Department, Tale of Us, Dennis Ferrer, to name a few. Being referred to as “One of the most technically gifted DJ’s around” it’s evident that Nitin is here to stay. Fast forward to 2014, and Nitin has built a respected name for himself. He’s a player in the recent explosion of Toronto artists on the word stage. Nitin has been hard at work in the studio focusing on his productions. In 2008 launched the well-respected No.19 Music with Label Partners Jonny White. Already the label has released originals and remixes from from Legends DJ Sneak, Stacey Pullen, Justin Drake, Osunlade, Maceo Plex, Art Department, Jamie Jones, Soul Clap, and many more. The No.19 brand has played a significant role in the formation of a new wave of dance music and their masters.