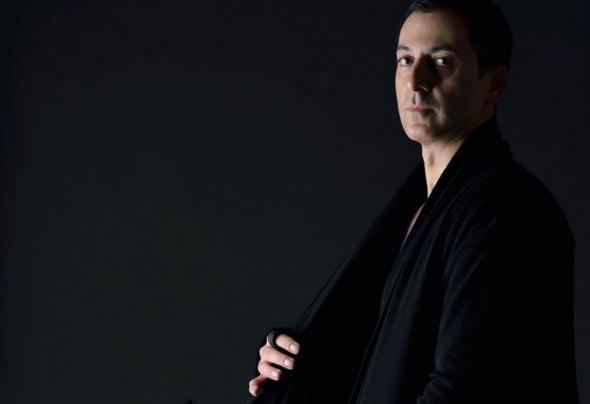 It was a risk. Perhaps even a gamble. But whatever it was, Ali ‘Dubfire’ Shirazinia's decision to go solo in 2005 was anything but easy. Together with Sharam Tayebi he had conquered house music under the name Deep Dish, a partnership which began in 1991 in Washington DC. On their way to the top, Deep Dish released acclaimed dance classics beginning with the 1995 remix of De'Lacy 'Hideaway', and went on to work with an eclectic array of names in pop, rock and electronica. Together they won a Grammy, among many other high-profile awards, and became one of the most respected DJ acts in the world. Having firmly established the reputation of Deep Dish as pioneers amongst the greats of electronic music, no one would have blamed Dubfire for resting on his laurels. But in 2007, despite the odds and dance music history being stacked against him, he decided to go it alone. He set up SCI+TEC Digital Audio as an outlet to release his new music, and began quietly unleashing a string of remarkable tracks, including ‘Roadkill’ and 'RibCage' (which also became the first release on Loco Dice’s much heralded Desolat label). Richie Hawtin, who signed Dubfire's 'Emissions' to his highly respected Minus label, also released Dubfire's rework of 'Spastik' (the classic track that Hawtin produced in 1993 under his Plastikman alias) as an official re-work. Soon thereafter, Sven Väth's Cocoon Records took notice and released some of Dubfire’s music, cementing his extraordinary reinvention. In 2009, Dubfire produced a remix of Danton Eeprom and Radio Slave's 'Grindhouse' which encapsulated everything that Dubfire stands for today: dark rhythms, superior audio, and technological brilliance. It crossed nearly every genre and was the apex of a unique sound that DJ Magazine called "jet-black, polished chrome techno"   Fast forward to 2011, and Dubfire's recent work has seen him co-produce tracks with celebrated British electronic music act Underworld, put out a two-disc mix compilation with Loco Dice for Cocoon, remix more Plastikman material, and collaborate on a series of EPs with respected German producer Oliver Huntemann. His SCI+TEC label has also become a home for many emerging and established talents. (Words: Terry Church)