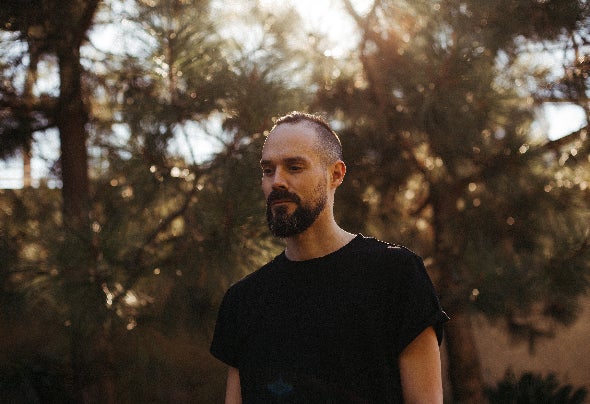 Einmusik – Bio (EN) Berlin-based musician and label head Einmusik is considered to be one of the most acclaimed representatives of Melodic House & Techno, and deservedly so. With a musical cosmos that straddles some of the world’s most esteemed imprints such as Stil vor Talent, Diynamic, Katermukke, Suara, and Bedrock among others. Born in the late 70s, Einmusik absorbed the sounds of Depeche Mode, Visage and Kraftwerk, gravitating to their melodic and experimental worth. By 2004, Kindermann had mastered his core aesthetic as a producer and subsequently entered the German Dance Charts with his single ‘Jittery Heritage. Contributing further to the progression of the genre, Kindermann launched Einmusika Recordings in 2008; a label that has since operated with flourishing success. In 2014, Kindermann announced the release of his fourth studio album “5 A.M”; presenting a new dimension of scope for his compositions. Released in 2015, “I.D.C” served as his follow up long-player, containing a series of chartered releases on leading imprints like Katermukke and Suara; the included “Sleep Talk” being voted Billboard’s 10th Best Dance Track of the year. His succeeding LP “Serenade”, provided fans with a very different listening experience, championing cosmic synths and measured percussive taking focus. Einmusik has served as a staple act for major international events such as Coachella, Fusion Festival, Echelon, Sandbox Festival (Cairo) and Electronica Festival (Istanbul). But it is perhaps his 2019 Cercle livestream alongside Jonas Saalbach that stands out as a career highlight. Filmed along the cliffs of Preikestolen rock in Norway, the pair produced an awe-inspiring set which has since gained over 11 million views. With a halt on live events around the world, Einmusik sought to help the next generation of rising artists; serving as a mentor whilst teaching his craft to producers across the globe.