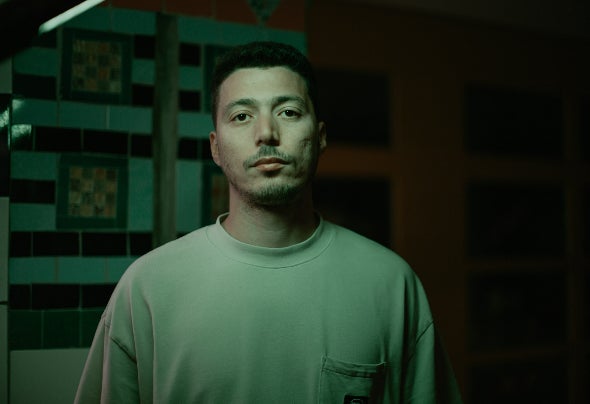 Skatman (Aziz Haddad) is a Tunisian-born Berlin-based producer, DJ, and label head of Scatcity Records. His unique signature melodic sound, eclectic DJ sets, and releases on labels like Innervisions, TAU or his own Scatcity Records set him as one of the most exciting DJs and Producers in the underground electronic music scene. Skatman sound has evolved into an ongoing homage to his particular experience between his current home Berlin and his young years in North Africa. It encapsulates its madhouse aura, where everything seems completely under control but intensely anarchic all at once. four to the floor house, techno, 80’s synth-pop, and cinematic scores have all played into forming his melodic electronic sound. Following the popularisation of melodic house and techno music, many artists and labels began to treat it as a trend to capitalise on rather than a genre to grow and respect. Skatman believes in the latter, and thus has an ambitious goal for the future of the scene. From Scatcity’s vinyl covers, to the parties to the music, Skatman wants to redefine melodic electronic music and to bring innovation back into the sound that he loves. This mission is gaining support from the very people that inspired Skatman in the first place. Furthermore, Scatcity records are to be found at Muting The Noise, the Innervisions owned and operated record store in Berlin.