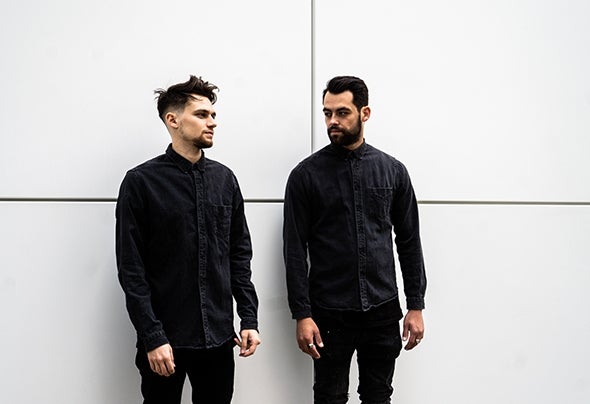 Solique is a DJ and producer duo well-known for percussive and melodic techno. The relationship between Julien and Can resembles an artistic symbiotic and a symbol of collective creativity. Even though both are partners, friends and roommates, who share the passion for electronic music, the joint playing and producing connects Julien and Can more than their long lasting friendship ever could. Solique performs like a rare feeling of a direct, mutual connection with meditative and assertive affairs that challenge the listener with unexpected but intuitive turns and interrupting grooves. The Austrian and the Swede have been playing as a duo for few years. As teenagers both listened to Hip Hop – a very helpful feature for their later career as electronic music producers, because it characterized their percussive and rhythmic style. Moreover Julien is a studied sound designer and worked for a long time in the Bootshaus Cologne, where he continuously got the full load of techno. All their influences and - not least the shared time in Australia – shape the sound of Solique to what it is today: percussive, melodic deephouse as well as melodic techno oriented to tribal sounds.