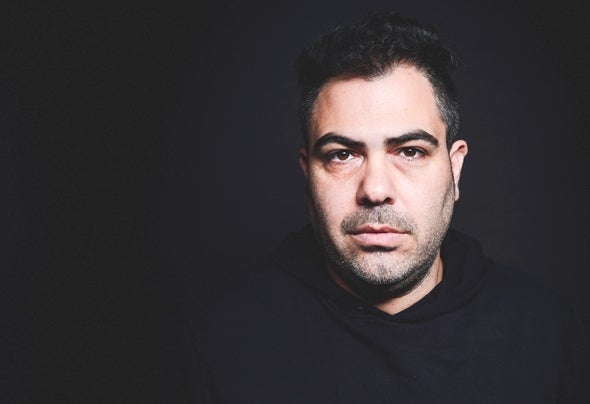 An illustrious career stretching over two decades has seen, Chico Shuella, become one of Israel’s most respected and sought after DJs and producers. Operating under his Chicola production moniker, he has transformed the underground house scene in his homeland while making giant strides on a global scale. Surrounded by music from an early age and an accomplished pianist ensured Chicola had a keen ear for musical harmony, as early DJ parties quickly flourished into appearances in Israel’s biggest clubs. Throughout the late 90s, the world renowned “Allenby 58”, situated in the Tel Aviv capital, played host to Chicola’s skills behind the decks as his career blossomed, warming up for such elite artists as Carl Craig, Danny Tenaglia, Sister Bliss and Basement Jaxx.An unparalleled dedication and passion for his craft saw the young Chicola yearning to bring the newest music and brightest underground stars to his homeland by travelling the world’s record shops. One time collector of over 10,000 pieces of vinyl, encapsulating the excitement of dance music at the height of its seductive powers, Chicola’s work for trendsetting record shops and music labels provided him with the opportunity to begin international DJ appearances alongside a residency at the famous Haoman 17 club alongside fellow Israeli superstar, Sahar Z.Sets for such luminaries as Laurent Garnier and his radio show, coupled with a production career that began with DJ Vic and led to successful releases on US imprints, Tommy Boy and KTA, soon saw appearances on the Ministry of Sound imprint as Roger Sanchez became a supporter of the Chicola sound.A carefully constructed pause in a career rising at exponential rate saw Chicola become one of Israel’s most sought after wedding DJs transforming his skill, technique and knowledge into a hugely successful business enterprise, managing one of Israel’s largest wedding DJ agencies and performing upwards of 130 gigs a year while simultaneously helping develop a successful dance label and publishing agency.Fast-forward to 2011 and, once again, it is Chicola’s passion for the underground sound that is central to musical DNA, that pulled him back to the modern production scene with renewed vigour and energy.Already close friends with fellow countrymen, Guy Mantzur, Sahar Z and Khen, Punta del Este became home the “Macho Macho” and “Diablo Rojo” EPs, while 2013 saw the release of the hugely impressive “Northern Exposure” on Lowbit which then went on to appear on the label’s “Best of 2013” compilation in December.An exciting and successful 2014 is set to see Chicola’s name further illuminated as his career once again reaches new heights. Three brand new original works are set to debut on Hernan Cattaneo’s Sudbeat imprint, while a collaboration with Sahar Z will hit Guy J’s Lost & Found label. Remix work will continue to advance Chicola’s production skills sound as he continues to cultivate relationships with Lowbit and Sudbeat while cementing a global DJ presence.An unceasing quest for underground music that stirs his very soul has seen Chicola’s passion rewarded by a relentless dedication to his craft. 2014 is set to provide a defining period in Chicola’s underground experiment but don’t expect it to end there.