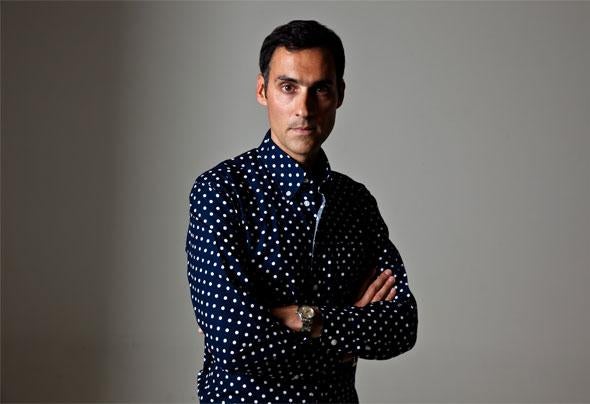 SEAMUS HAJI The story contines… There is a distinct possibility that the name Seamus Haji may already be familiar to you. One of the most creative and technically gifted house DJ’s of our time with many more strings to his bow.. Seamus, a sensitive Capricorn of Irish-Indian descent (that explains the name then!) began his DJing career at the tender age of 16 with a South London Soundsystem playing a mixture of early House, Soul and Hip Hop. With a barrel-full of drive, enthusiasm and determination he went on to secure his first residency at The Satellite and later took on regular guest spots at MOS, Garage City, Release The Pressure, Hard Times and Back To Basics. He then became a regular fixture at the likes of MOS, Code, Bed and Pacha, London. He has also enjoyed numerous residencies around the globe, including the four years at Pacha, Ibiza where he gathered an army of fans, possibly something to do with his rather dashing looks as well as his DJing ability of course! Musically his strength is his diversity playing as comfortably alongside, for example, Kenny Dope as Steve Angello. And his sets are now known for the wealth of his own productions and remixes as well as more than a smattering of trickery on the Pioneer CDJ1000’s (for which he has been an official ambassador) As well as DJing, producing and remixing, the past 10 years have seen Seamus gather a wealth of musical experience and knowledge. Having spent many years working in London’s foremost independent record shops such as Red Records, Release The Groove and Uptown Records, taking on A&R management roles at Slip ‘N’ Slide and of course Defected Records, as well as putting on his journalist hat and writing for publications such as Blues & Soul, Echoes, Touch and Muzik, Seamus is known & respected by DJs & producers of many genres of Dance. Armed with this background, it made sense to set up his own record label, Big Love, with Defected Records’ co-founder Janet Bell. “Big Love is an organic, lo-pressure imprint for quality, club-based international house whereas Soul Love is it’s fairly self-explanatory Soul Sister. Both are reflections of where our hearts lie musically and our intention to be INclusive rather than Exclusive”. Big Love has established itself as a must buy label for many DJs around the world. The trainspotter in you may be aware that Seamus has had multiple creative personalities over the years in the form of the following monikers: Big Bang Theory – His funked up house personality. A hit with the incredible ‘God’s Child’, released on Defected Records, met with huge critical acclaim and became a commercial success. Fans included Xpress2, David Morales and Danny Rampling. Mekkah – His soulful, more vocal orientated personality. ‘Race Of Survival’, the first release on his very own Soul Love label has already become a classic. Fans include Louie Vega, Norman Jay & CJ Mackintosh. 11th Dimension – his darker, tougher more futuristic side which saw his early collaborations with Paul Emanuel (Club Asylum / Class A , Azuli). Fans included as Future Shock, Peace Division and Jo Mills. Get This! - A cheeky Go-Go/House fusion won devotees from such diverse corners as Brandon Block to Layo!! The first Get This! release, “Ya Underwear” was a massive 12” seller around the world. And then came “Last Night A DJ Saved My Life”, released by Seamus under his own name. Mid 2004 he covered the original ‘80’s club classic and was the first to produce a vocal record in a now ubiquitous Electro-house style. At the time, the record was championed by DJs as diverse as Deep Dish and Steve Lawler to Lucien Foort and the Dreem Team. It was hugely successful with the bassline eliciting cheers from dancefloors the world over. Around this time Seamus, now finding his feet with his new sound, teamed up with Paul Emanuel to produce ‘Weekend” a cover of the Class Action classic sampled and made famous by Todd Terry in the mid 80’s. Under their Haji & Emanuel moniker, they gave this an electro tinged house vibe that was a worldwide club hit. Haji & Emanuel then covered “Take Me Away” and again, produced a massive club hit which charted Top 50 early in 2006 with no radio, video, marketing etc on 12” alone. 2006 was when it all seemed to come together for Seamus. He was thrilled to mix his own Sessions compilation for Ministry in the company of Josh Winx, Derek Carter and Steve Angello. He (along with Paul Emanuel on many but not all) did a number of amazing remixes which really cemented their signature sound and spawned many imitators. Tom Novy “Your Body”, Mish Mash “Speechless”, Degrees of Motion “Do U Want It Right Now”, Paul Harris “Find Yourself A Friend”, Dajae “Brighter Days”, Sugababes “Easy” were just some of Seamus’ remix highlights in 2006 culminating in his fantastic remix of Booty Luv’s “Boogie 2Nite” which took the record to No 2 in the Nationals. It seems fitting that 2007 should kick off with his new mixes of “Last Night A DJ Saved My Life” being signed to Apollo and being feted by the likes of Pete Tong as the next big thing! Seamus Haji has become synonymous with quality, his DJ sets never disappoint, he’s a technical wizard and his productions are phenomenal. With DJ requests going off the hook, it’s going to be hard to focus on producing that album he wants to make, but focus he will. You get a sense when someone’s time has come, and for Seamus that time is now