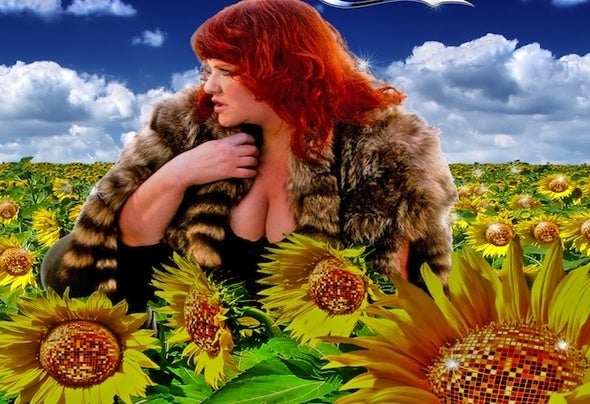 Amy DouglasWith 5 octaves at her disposal, a finesse for pop songwriting, glitz and glamour and a whole lot of sass to boot, vocalist/songwriter Amy Douglas is EDM’S “diva in demand.” A musical and visual chameleon, whether cranking out booty shaking dance music as SPF 5000’S lead vocalist and songwriter, funking it up with members of Funkadelic (George Clinton and Co.) or rocking out with pure abandon screaming and banging on a piano with her juggernaut rock band FEINTS, Amy Douglas does it all LOUD.A graduate of New York University’s Jazz Studies program, Amy has been singing, playing piano and writing songs since the age of 6. Having cut her teeth as a musician in NYC’s notorious downtown music scene, doing everything from backing up drag queens for the equally notorious Squeezebox Party, that was thrown weekly at the now closed Don Hills, Amy’s big voice was courted by Trouble and Bass’s head kingpin Drop The Lime and thus began a new chapter in the formerly rock based musician’s world. “I never intended to be a dance music artist. I always envisioned myself in some version of Led Zeppelin, or something extremely loud and heavy, but as I do love classic disco and soul, transitioning into dance music was fun for me, and it’s been exciting to bring a very singer/songwriter point of view into that world.”Following her star turn Supra1 for the Trouble and Bass label, Amy has lent her amazing pipes to Moombahton darlings Sazon Booya, Peach Melba, a collaboration with DFA Records co-founder and DJ extraordinaire Juan MacClean. Lazaro Casanova, Eli Escobar and there’s much more to come. As lead vocalist of “25th Century Dance Band” SPF 5000, the trio consisting of producer/bassist Rob Phillips and vocalist Daymeyn Gantt, who are currently in the studio putting the finishing touches of their debut EP, and debut videos, following the success of their Beatport Multi-Charting hit “Doorknocker” on Nurvous Records, Amy’s vision is clear. “The idea is to constantly make atmospheric and dangerous pop music. When we started we did freestyle and booty bass music, and now we’re venturing more into areas of hip hop and funk based pop, with even some glam rock elements thrown in. We’ve got some surprises there for sure. We also love to really BRING it live. It’s only going to be bigger and better.Also in the pipe is FEINTS, a purely nihilistic ROCK project, another which sees her returning to the role she loves most, “screamin and bangin the hell out of a piano.” “Doing Feints makes what I do with Dance Music that much more satisfying because as a musician and a songwriter, I have to keep stretching, and changing, or I get stuck and bored and burnt out.” When Amy isn’t rocking out, or supplying the requisite wailings for dance music bangers, she reviews Whiskies as “The Whisky Bitch” (youtube.com/whiskybitch) and she is about to expand her self penned cocktail book entitled Rocktails into a full music/cocktails TV show that will feature musicians, mixologists and freaks. “It’s meant to codify a nexus of people that are passionate bout flavor and music.”For mgmt contact Sean Roberts at Juggernaut Mgmt- sean@juggernautmgmt.comSPF 5000- soundcloud.com/spf-5000Amy Douglas- soundcloud.com/amydouglas25Twitter.com/amybdouglasTwitter.com/spf5k