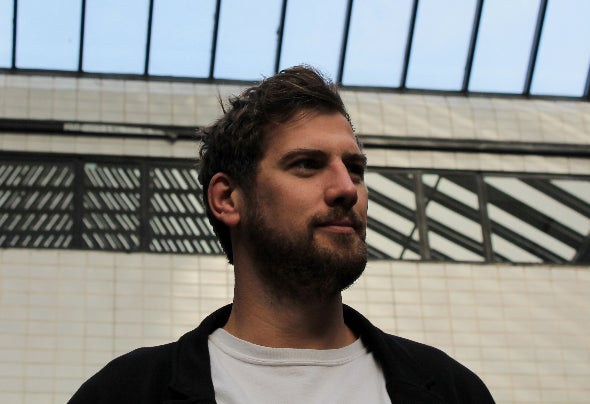 Hammer, a headstrong instrument used for breaking things and driving in nails, much like his sound and his approach to music. Belfast born and bred, with further education in Glasgow’s rich house and techno scene, Rory Hamilton aka Hammer has established himself as one of the UK’s most exciting DJ and producers, illuminating dancefloors around Europe and beyond with his own take on electronic music. Now based in London, Hammer continues to develop a sound that challenges the dancefloor with a focus on energy and strong grooves, deep, rich and ever-evolving. As one of the co-pilots of the Feel My Bicep blog, Hammers relationship with Bicep runs long from childhood. Rory along with his friends Matt & Andy (Bicep) immersed themselves in the Belfast electronic scene from a young age. From their school days listening to everything from techno to disco - to their collaboration on Dahlia EP to his first solo release on the FMB imprint with the mighty C-Space EP - his association with Bicep runs deep. Rory moved to Glasgow to study art and quickly established his own parties. He then took on a residency at the legendary Sub Club with the Thunder Disco brand, learning his craft from legends; Optimo, Harri, and Domenic. Here he honed his style, and for a decade now Hammer has hosted nights at Sub Club, inviting the likes of Floating Points, Ben UFO, and Paranoid London. Since Hammer’s debut EP on Optimo, he has followed up with releases on Huntley & Palmers, Loft, Modern Magic, Hotflush and the mighty Feel My Bicep imprint. Continuously achieving praise such as Mixmag's record of the month with his Modern Magic Records title track 'Ozone', whilst being held in high regard with his peers. The Hammer Hits label seen his track, Love Somebody sell out within days. As Hammer Hits continues to go from strength to strength, Hammer has launched Remmah and Italo Hiits labels to be able to platform his prolific creativity for 2020 and beyond!