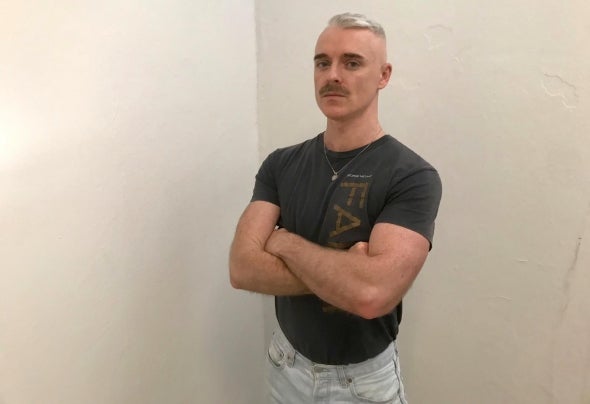 Primed to become an ‘overnight success’ in a similar way all overnight successes break-through; following many years of hard-work, Cormac is currently one of dance music’s best kept secrets. With a rapidly growing reputation as a revered selector, the Northern Ireland born DJ is setting a course for dancefloors the world over with his sound that comprises the breadth of the house and techno spectrum, but with one defining characteristic; always records that touch the inner sanctum of the human spirit. Since he began collecting music as a teenager near Belfast, his journey has been singularly driven by the discovery of amazing sounds, and his humble role in the constantly renewed potential for dancefloor transcendence. He traded in an all-too-quiet rural Irish life for the hedonism and high times of a very different London in the early 00s, Cormac was a regular dancer at zeitgeist defining institutions such as Trash, Nag Nag Nag and Bugged Out. Through his involvement as booker and resident of the legendary Wet Your Self parties, and with countless hours spent in the Room 1 booth at fabric in London, Cormac was imbued with a deep understanding of what makes a dance floor tick. This ability to tune into the collective emotional feeling of a room, coupled with his extensive record collection, allows Cormac to keep dancefloors enthralled for countless hours. This has been evident none more so than through his legendary closing performances at Panorama Bar and Snax. Often running up to ten-hours in length, and with free reign to play across the board sonically, Cormac has fast become a staple on the line-ups for the club. As the light pours in on Monday mornings, the crowd are kept moving with a selection of records layered with Cormac’s infectious personality. His excursions into productions are less frequent, yet always fruitful. He produced a word-of-mouth cult hit in Hypnotise/Feel, instantly beloved and rinsed by tastemaking DJs such as Nina Kraviz, having previously conjured a timeless afterhours classic with the suitably melancholic atmosphere of the wistful ‘Narcosa’. His first collaboration with friend and Ostgut associated techno-magnate Tobias, ‘Static’, released as a limited edition seven-inch in 2015 is a deep, is a sophisticated listen. He’s also remixed for Jennifer Cardini’s ‘Correspondant’ label. With a series of new projects being prepared in 2019, and debut tours in the US and Australia, there is mounting interest from all corners of the globe. One thing that will always remain for Cormac, is that the discovery and sharing of vital new music is a persistent, natural thrill.