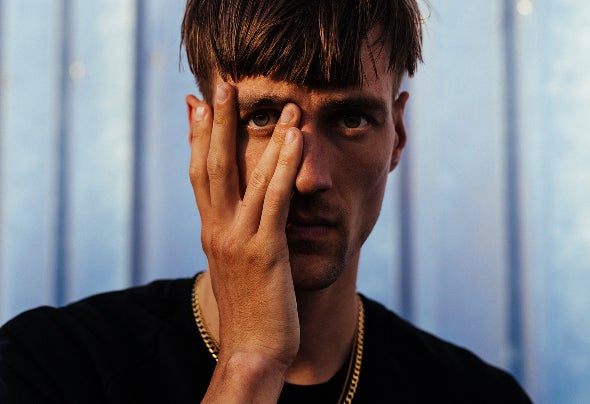 Julian Stetter lives and works in Cologne as a producer and DJ. He studied music production and musicology at the Institute for Music and Dance and the University of Cologne. He also teaches Sound Studies at the University of Bonn. Even before his academic career, Stetter was fascinated by electronic music and its culture. Julian has helped shape Cologne's rich underground scene, DJing at some of the city's most important venues - including the Gewölbe, Stadtgarten and the legendary JackWho. As a DJ and musician (including his project Vimes), he has toured the major cities of Europe, North and South America, and Asia; he is resident DJ in Madrid (Casa Banchel) and Antwerp (C'Sons); other highlights have included appearances at the SXSW festival (Austin, Texas), Dockville (Hamburg), c/o Pop (Cologne), Nation of Gondwana (Grünefeld) and Feel Festival (Brandenburg). As an artist in residence, he was in Mexico City and Madrid for several weeks each and is currently traveling to Mumbai for a residency with the Goethe Institute. In addition to his numerous DJ appearances, however, Julian was and is primarily active as a producer. His first releases appeared on labels like PNN, Mireia and Ancient Future Now, before he was finally featured twice on TOTAL, the famous compilation of Cologne's superlabel Kompakt. Beats In Space guru Tim Sweeney called Stetter's track "Chorus" one of his highlights of the year. Through releases on Jennifer Cardini's Correspondant as well as for Permanent Vacation, Julian also gained widespread international attention and regularly receives overwhelmingly positive feedback from some of the industry's biggest producers and DJs such as Mano Le Tough, Man Power, Jackmaster, Ada and Solomun. In 2018, he immersed himself in the world of theater. Productions for Theater Basel, Theater Bonn as well as commissions for various film, TV and podcast productions followed.