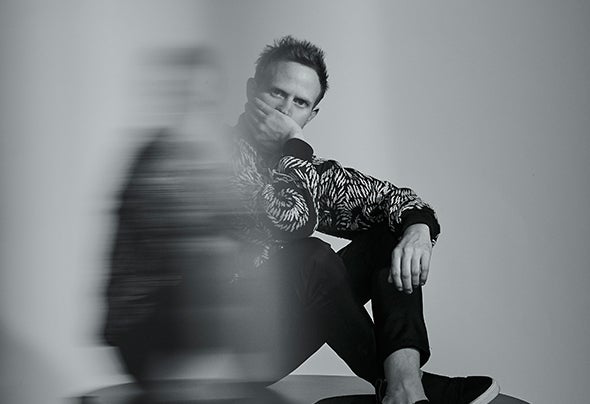 John Monkman based out of the U.K., should be a familiar name by now throughout the entire House music industry. Last year John achieved the ranks of Beatport Number One with his track"Dont Have to be Beautiful". Since then he has released a stream of successful tracks including "Follow Me" released on Get Physical (remixed by Tiefshwarz) 'K.I.S.S. M.E.' , 'The Heat' (feat Liz Cass) and Noisily that have become staple weapons amongst the worlds top House and Techno DJ's and producers including the likes of Pete Tong, Seth Troxler, Laurent Garnier, WildKats, Martin Roth and many more. Monkmans productions are frequently discussed in the worlds top Blogs including; Hype Machine, RollingTuff and Music is 4 Lovers. 2013 has been a busy year for Monkman, playing the globes hottest venues including; Warung Beach Club, Glastonbury, Ushuaia Tower and Miamis tree House.Outside of the dance scene John has provided electronic input, mixing and production for a number of mainstream artists including Roxy Music's Bryan Ferry, doing the bulk of the programming for Ferry's latest album, OLYMPIA, when he worked alongside members of Radiohead, Chic, Pink Floyd and more. He also composed four remixes of that album (notably 'Shameless', the collaboration between Ferry and Groove Armada). Like many who have made the move from studio whizz-kid to autonomous artist - Martin Buttrich being a recent example - John understands that big records require inspiration and perspiration. His tracks are bold and unpretentious with plenty of lush texture and detail for DJs whose priority is to create electric atmosphere and energy in a club.