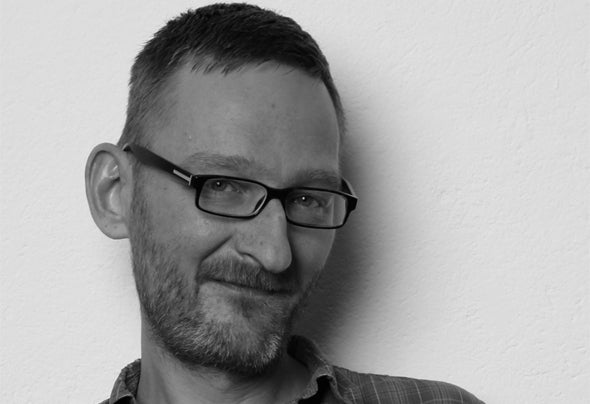 „HEY MUSIC LOVER!“ From punkrock to acid, ballads to techno, "Whirlpool" to "KOMPAKT" - cologne-based producer, singer and DJ Justus Köhncke has surely come a long way. Justus started off in the late 80s with his first project "Blood And Honey", a Düsseldorf-based duo doing nothing but electronic versions of Amanda Lear songs. After moving to cologne in 1990, Justus, heavily influenced by house music, began producing tracks with different people, especially DJs Hans Nieswandt and Eric D. Clark. At this time, he started spinning his own special mixture of records in the cologne scene as well. From 1992 to 2000 he, Eric and Hans, under their "Whirlpool Productions" moniker, released four full-length albums for Ladomat, Motor and WEA, as well as countless 12 inches and remixes. They are especially known for their 1996 club classic "From: Disco To: Disco" which became a major hit across europe and held the #1 spot in the italian pop charts, summer 1997, for five weeks. After WPP split up, Justus started releasing under his own name. His first solo album, "Spiralen der Erinnerung" (1999), consisted of very personal electronic interpretations of his favourite classics by the likes of John Cale, Neil Young or Hildegard Knef and also introduced Köhncke as a fragile and soulful vocalist. But disco was never dead for him. He continued rocking the cologne bars and dancefloors as a DJ and developed his very own sci-fi-techno-disco production style. After signing with his old cologne rave buddies on the reowned KOMPAKT label in 2001, he dropped his now-trademark 12 inches "Jet/Shelter" and "2 After 909" as well as his series of Chic-Hommage-Tracks, "SCIENCE 210X". 2002 saw the release of his first solo album for KOMPAKT, "Was Ist Musik", which combined the clubby side of his music and his very special approach towards german-language electronic pop songs. "Doppelleben", the 2005 album release, pushed this duality even further, prompting the US paper "Seattle Weekly" to coin the term "nü-german compu-soul". 2004's 12" release "Timecode" turned out to become his biggest disco smash so far, ruling the floors that summer. His club tracks have been licensed on countless compilations and mix-CDs, including ones by Erlend Øye, Steve Bug, DJ Hell or Felix Da Housecat. In recent years, Justus has produced remixes for Chelonis R. Jones, Ladytron, Mylo, Andreas Dorau, Erasure, Stereo Total and Hot Chip, among others.Whether it’s working at the DJ booth, a club stage, or some grimy bar, Justus is forever passionate and heartfelt, never forgetting why the 4/4-bassdrum was invented in the first place. That is: FOR US TO SHARE!