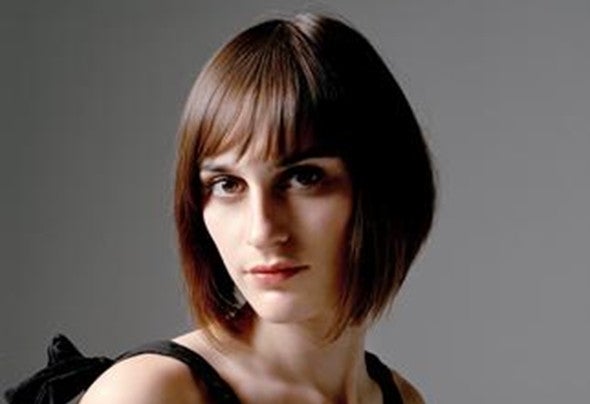 French dance-pop purveyors Yelle have recently returned with their long awaited second album, the exotically addictive Safari Disco Club. Adding depth and experience to the sweet & sour pop cocktail found on their acclaimed 2007 debut Pop-Up, Yelle find themselves in a more reflective mood and have learned a few new tricks during their time off. The band have been keeping busy – they covered Robyn's “Who's That Girl” as part of the iTunes international exchange, and she covered their track “A Cause Des Garcons” in return. They were also were asked by Katy Perry to remix her hit single “Hot n Cold” which has led to them supporting her UK tour in the spring of 2011. Yelle is fronted and named by Yelle, nee Julie Budet, a sparky gamine with a deceptively demure schoolgirl voice. Joined by producers GrandMarnier (Jean-Francois Perrier) and Tepr (Tanguy Destable), Yelle first arrived amid a flurry of 80's inspired pop, with the likes of CSS and New Young Pony Club all revered for their take on brightly colored electro. Pop-Up stood out from the crowd with its wry, frothy and unashamedly fun outlook. This infectious appeal not only led to work with Robyn and Katy Perry, but gained them fans in fellow musicians such as M.I.A. and Mika, fashion designers, Jeremy Scott, Jean-Charles de Castelbajac, Brian Lichtenberg or Jean-Paul Lespagnard, a young Belgian designer who designed for Yelle all outfits she’s sporting on her new album visuals as well as mainstream personalities like Perez Hilton, Drew Barrymore or Jessica Alba. If Pop-Up was a breakout set of fun-loving bawdy pop, Safari Disco Club is it's sharper, wiser sibling. Sonically deeper, multi-layered, and emotionally more diverse, it defines Yelle's style and elevates them beyond any particular scenes to find a unique pop voice, without singing one iota word in English at that, which speaks volume about her. Music truly does transcends all. It’s an album that takes us on a captivating journey, with as much ingenuity, beauty and mystery as Pop-Up had sparkle and fun.Source: Artist Website