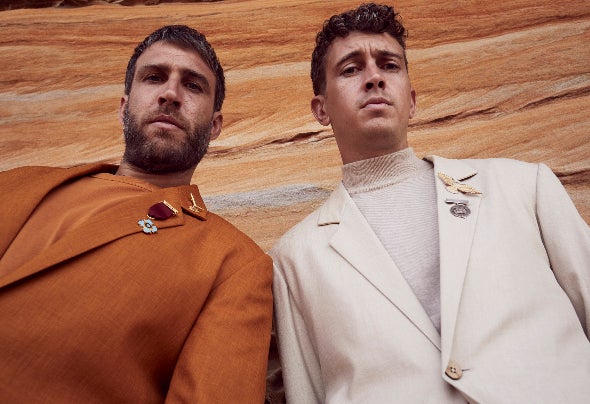 Jimmy & Hugo. Flight Facilities was founded in 2008 off the back of the Sydney club scene at its peak. Their first release Crave You, became the unofficial soundtrack to summer parties. Signed to Future Classic, the producers went on to release their debut album, Down To Earth in 2014 with a constant stream of hit singles since. The pair has spent the majority of their careers bucking trends in electronic music, consistently and reliably favouring the timelessness of a well-crafted song. Having racked up over half a billion streams globally, it’s clearly an approach that works. From Emma Louise to Broods, Kylie Minogue and Reggie Watts, Flight Facilities have a knack for picking vocalists that feel more like friends than features. In 2021 Flight Facilities return to their believed fanbase, delivering a new single immersed in a feeling of West-Coast cool imparted by collaborator Channel Tres. 'Lights Up' is a continuation of this philosophy aided by Channel Tres' propensity for crossing genres and drawing inspiration from era's like 90s Detroit house and West-Coast hip-hop. The result is a track that belongs to these moments in time as much as it represents what's next for the global dance sound, a confluence of feeling and style. We'd say Flight Facilities are back but they never really went anywhere, and after soundtracking the last 10 years for their fans they're settling in for another decade to come. Flight Facilities forever.