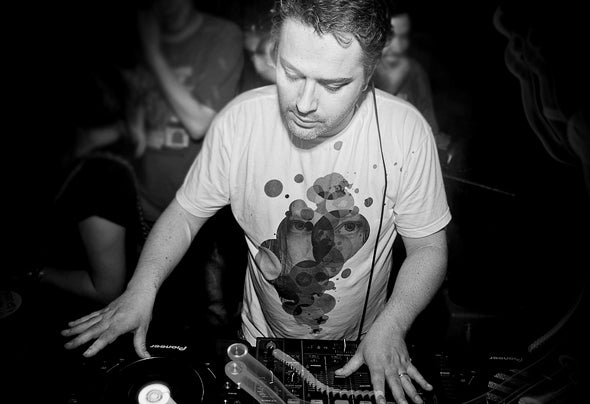 The name ALAN BRAXE is synonymous with the development of the French music scene. He stands out as a pioneer of electronic music, due to a unique ability to put melody over mass and his sound is the very embodiment of the mythical “French Touch”. The story of Braxe’s journey to heralded international producer/DJ and the birth of his acclaimed Label “Vulture Music”, are very much entwined by their history and ideals. In 1997 “Vertigo” was released on the legendary label, Roulé. One year later, collaborating with Daft Punk’s Thomas Bangalter and Benjamin Diamond providing the vocals, Stardust “Music sounds better with you” was created. It was an international smash hit, spending weeks at the top of the charts. Accompanied by a remarkable film clip (directed by Michel Gondry), it is still as much of anthem today as when it first debuted. It was no surprise that the major artists came knocking on Alan’s door hoping to secure his unique style and sound for their own material. Remixes for the likes of Björk, Britney Spears, Kylie Minogue, Jamiroquai and Beyoncé, were just a few of the artist that lifted Alain’s remix profile to new heights. Using the same instinct that forged his early success, Braxe set his focus on building up his label “Vulture Music” and pushing his own musical boundaries. After been approached by world-renowned hip-hop MC Killa Kela to write and produce material, Braxe showed the world just how diverse and varied his musical interests are. The key to Alan and Vulture’s success lay in the ability to create a new path, not just follow the road ahead. Vulture has provided a futurist, open and musically free space for diverse and talented artists such as Lifelike, Kris Menace and Fred Falke to write and produce some of their best material. This period saw the release of some hugely acclaimed hits, including “Chrystal City”, “Running”, “Discopolis” and another classic anthem for Braxe, “Intro”. When Alan is not touring the world as an international DJ, he is running his ever-expanding label “Vulture” and supporting some of the freshest and most exciting artists around. He is constantly seeking music that will challenge our perception and open our ears. Acts like Das Glow, Pacific!, Fenech Soler, Starsmith and the newest edition ( the outstanding Australian duo) Kids At Midnight , have all formed part of Alan’s vision to develop music that speaks for Vulture and most importantly for itself ! http://listn.to/ALANBRAXE http://listn.to/VultureMusic www.vulturemusic.eu