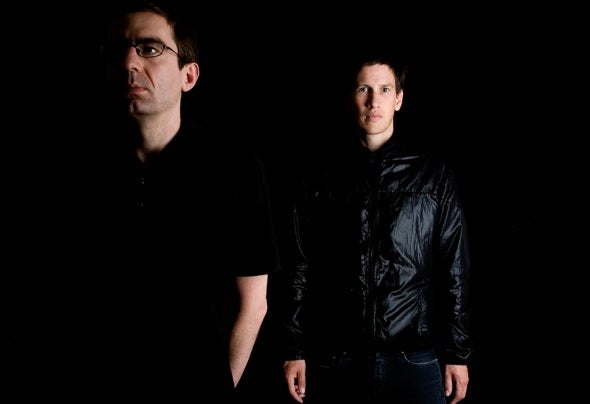 After eight years of widely acclaimed EPs, it’s finally time for the debut album from Hamburg’s deep techno masters, Audision. Originally scheduled for release on Japan’s Mule, Audision have now decided to release ‘Surface To Surface’ on their own &nd imprint. The release is accompanied by cover art from acclaimed designer and artist Stefan Marx (previously seen on Playhouse, Smallville and Mule). Bonding over a shared love of Basic Channel and classic Detroit techno, veteran DJs Niko Tzoukmanis and Tobias Schmid released their first Audision EP, ‘Mean Curvature’, in 2001. A subtle, gorgeous blend of sharp beats and deep synths, Michael Mayer picked ‘Gamma Limit’ from the release to appear on his legendary ‘Immer’ mix for Kompakt, introducing the Audision sound to the wider world. Firmly believing in quality over quantity, Audision released only six EPs on their own labels Playmade and &nd over the next few years, cementing their reputation as purveyors of subtle, melodic, delicate techno and rich, dub-tinged electronics. They quickly amassed a passionate following among DJs from a wide range of musical backgrounds, notably the legendary Francois K, who included the duo’s track ‘Vanish’ on his ‘Frequencies’ compilation. ‘Surface to Surface’ builds on the foundations laid by Audision’s previous work, and is intended as a listening album as much as it is for the dancefloor. Available only on CD, lush tracks like ‘Mind Journey’ and ‘Industry Park’ abandon the club completely, investigating instead the sensual ambience of 2nd wave Detroit electro artists like Drexciya. Meanwhile, straighter tracks like ‘Phase Flow’, ‘Betarange’ and ‘Forty One Spalding’ reference the ghosts of Maurizio and Mark Ernestus, re-imagined in Audision’s uniquely modern, sensitive style. It’s the sound of the club that exists in the furthest corner of your mind, the fragments of classic techno that remain long after the party has gone. Disappearing further from the dancefloor still, the album is interspersed with ambient moments of reflection, most notably on the beatless closing track, ‘Aurora’, where Carl Craig-esque timeless tonal beauty meets modern techno’s pristine production in stunning, majestic style. While the major inspirations behind ‘Surface To Surface’ – Basic Channel, Detroit, Warp – are clear, Audision’s refined, unhurried sound is also entirely its own. By looking back, Audision are simultaneously pushing things forward, quietly, gently, and in their own time. It’s the sound of high-end, deep frequency techno at its very finest.