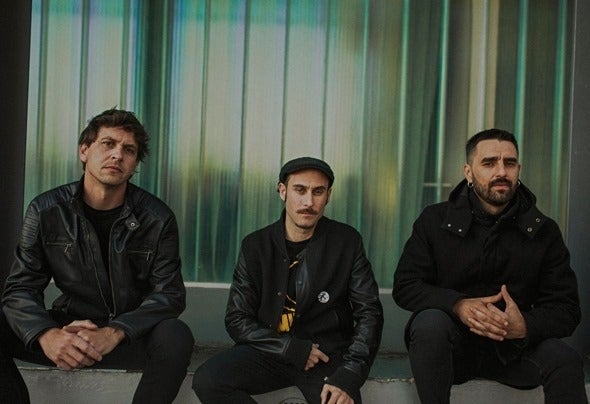 Electronic Music band based in Badayork (Badajoz, Extremadura) and integrated by Xar Lee Da'well and Modernphase. Gameboyz’s threesome had consolidated career of 9 years with several releases in labels as Biologic Records, Relish Records, Clouded Vision, La Belle, Beachcoma, Electrique Music, Playground Records, Nein Music, ... or their own label Melómana records. Their Sessions and Live Acts had travelled around Europe, England and France, or places as Tel Aviv, and had played in the most iconic clubs of Spain, such Sala La 3, Razzmatazz, Sala Siroco, MOOG, Sala Apolo, Cosmos, Metropol... They are owners of Melómana Records, giving to the electro scene artists as Justin Robertson, Timothy J FairPlay, Pink Skull and Undo among others. Now they are preparing a new Live Act loaded with new Techno and Electric sounds. Heirs from the 90's culture, these guys are famous for their exibility in different facets, as Dj's, Live Acts or producing. The combination of their virtues in the studio or technical and musical aspects made them to nd their own style. Different from the rest because of its spanish lyrics, reaching the top in Southamerica with artists as Mijo Aka La Royale, André VII, Daniel Maloso or Matias Aguayo as well their wide range of styles in their Ep's, Gameboyz has been played by great Dj's as Andrew Weatherall, Ewan Pearson and Scratch Massive among others. Nowadays Gameboyz is exploring a Techno world and they come back in 2017 with several ep's to be played in their new Live Act.