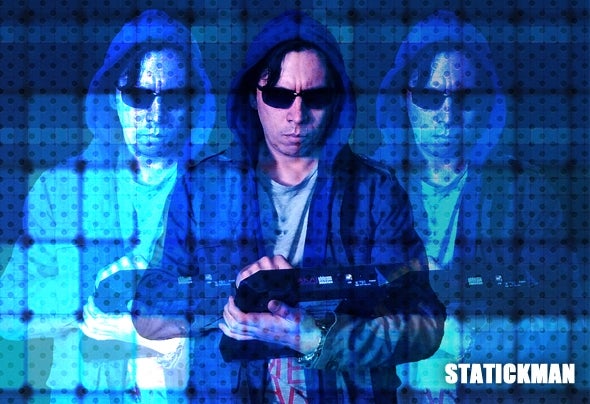 José Luis Seguel Quezada, known musically as Statickman, Indie Dance, Electro and Nu disco music producer born in Concepción (Chile), currently living in Santiago (Capital City, Chile). He defines his music as a journey through time in which he makes a connection to modern music, as seen from a retro point of view, the truest style of science fiction. Over 13 years experimenting and translating his ideas based on the pilgrimage and idolatry to great masters like Giorgio Moroder, Patrick Cowley, Kraftwerk, Depeche Mode, Front 242, Jean Michell Jarre, plus the musical diversity of the 70, 80 and 90 . Its purpose is to create innovative music that has the particularity to the auditor from a track you probably knew before, which sounds to memories, creating a romance with dance and charisma sounds of yesteryear. 2012 has been definitely the breakout year for music in the networks, in which Statickman, expressed and released most of his tracks, however, he already got interesting EP's folder for the coming months and the coming year.