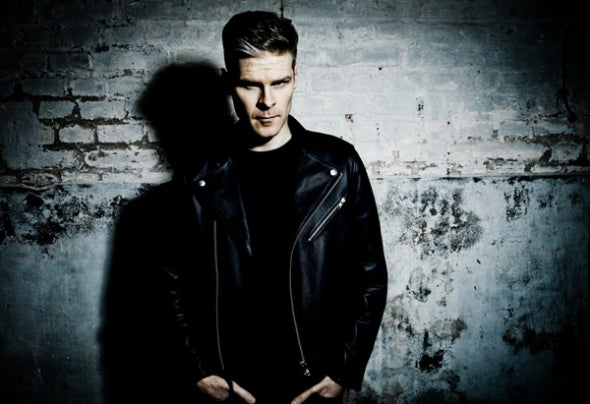 In the trend-driven universe of electronic dance music, Gregor Tresher is the rare artist who transcends such cycles. His secret? A relentless focus on melody and timbre, timeless musical elements that other producers often undervalue. Just as a painting or a photograph appears to move if one stares at it long enough, close listening to the stratified grooves and melodies in Tresher's music reveals an organic universe of shifting sound."Melody always allows you to bring something new to the music," opines the producer. "It is where you can create something real and different, whereas the beat... well, either a record grooves or it doesn't." Tresher's approach to writing music eschews obvious eight-bar earworms that soon grow tiresome in favor of musical lines that repeat and intertwine in myriad patterns, unfolding to reveal their secrets as you listen.Gregor Tresher began his career as a DJ in Frankfurt in the early '90s; today, he can be found plying that trade at venues around the world, from Berlin to Tokyo, Sydney to Los Angeles. Following two critically-acclaimed albums credited to his Sniper Mode alias, Tresher broke through as a producer under his own name via his 2005 releases Still and Neon, his remix of Sven Väth's "Komm," and his contribution to Cocoon's Compilation F, "Full Range Madness." His 2008 classic "A Thousand Nights" was the year's best-selling Techno track on Beatport and introduced Gregor to a larger audience. In addition to releasing tracks on countless other esteemed labels, including Drumcode, Ovum, Intacto, Music Man and Moon Harbour, Gregor Tresher launched his own eclectic imprint, Break New Soil, in 2009. His studio albums include A Thousand Nights (2007), The Life Wire (2009), and Lights From The Inside (2011).Despite his impressive discography, don't show up to one of Gregor Tresher's gigs expecting to hear a "greatest hits" set of career highlights. "I've moved away from making music specifically for DJs and the dance floor", he admits. He aspires to make records that engage the entire body, rather than simply propel the feet. "My newest tracks are me, one hundred percent—although it's nice that even though I didn't have the dance floor in mind when I wrote them, they are working on the dance floor, too." 2012 has been a highly productive year: The esteemed DJ and producer has issued tracks on four different labels. There was "For Many Days To Come," released by Josh Wink's Ovum imprint, as well as "Hex," Tresher's second collaborative production with Petar Dundov on Music Man. His tune "Papercuts" was one of the highlights of Drumcode's A-Sides compilation, and his fourth 2012 release, the About A Good Place EP on Sven Vath's Cocoon imprint, completes a circle of sorts. "It was great that those tracks are released on Cocoon recordings, since we have some history. It helped my career a lot when Sven started to play my music in 2004 and it gave me a big push. So it's nice that these tracks are released on his label, because they mean something special to me as well."Judicious use of klangfarben—tone color— distinguishes Tresher from his peers, as evidenced on his „About a Good Place“ EP. Whether it's the piquant squeaks and wobbly oscillations of "The Sun Sequencer" or faint crackles and hissing steam that periodically punctuate "Lifecycles", unusual timbres tease the ear as his hypnotic grooves unspool. As in the work of Kraftwerk and Depeche Mode, the sounds employed are as integral to Tresher's distinctive melodies as the individual notes.In addition, another almost imperceptible element of motion has been integrated into Gregor Tresher ́s new music via the integration of older machines and their tendency to drift ever-so-slightly out of tune. "It adds this human touch to the music, even though it was made with machines."