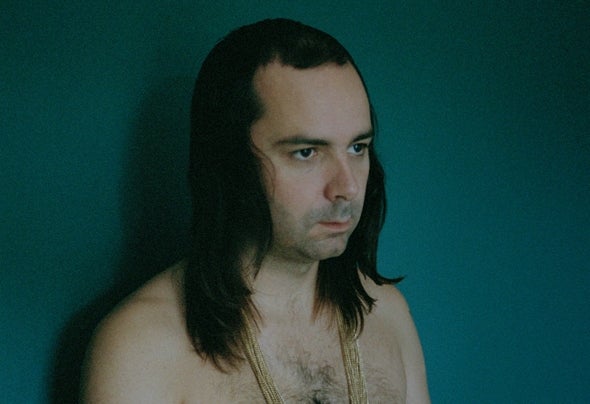 From obtuse angles to intense physicality, Peder Mannerfelt’s highly individual take on techno demands attention and consideration. While his many-sided body of work reaches back more than a decade, the Swedish producer’s current investigations in the eld of experimental dance music are as proli c as they are unpredictable.To date he has recorded an accomplished series of albums as Roll The Dice alongside Malcolm Pardon, explored a more direct strain of techno as The Subliminal Kid and also lent his production skills to Fever Ray’s acclaimed debut album and 2017’s Plunge.It is under his own name that Mannerfelt’s sonic imprint can be most acutely felt at present. Alongside appearances on Hinge Finger, Numbers., Lazy Tapes and more, he established his own Peder Mannerfelt Produktions label to carry the bulk of his output, and that of kindred spirits like Klara Lewis, Machine Woman and Sissel Wincent. EPs such as Transmission From A Drainpipe and The 3D Printed Songbook and LPs Controlling Body and Daily Routine all feed into a distinctive abstraction of contemporary techno. It’s an approach at once engaging and challenging, rendered in even starker terms when Mannerfelt takes to the stage.Employing subtle props and working with striking visual accompaniments, Peder Mannerfelt’s live shows bring the immediacy of his art front and centre in your cerebellum. It’s the perfect mutation of music still rooted in the kinetic energy of techno even as it seeks to break down the genre’s rigid, illusory formulae. By extension, as a DJ he spans the propulsive and the crooked, the classic and the unheard, the strange and the straight-up in a limber, instinctive fashion that complements (and is equally fueled by) his own productions.