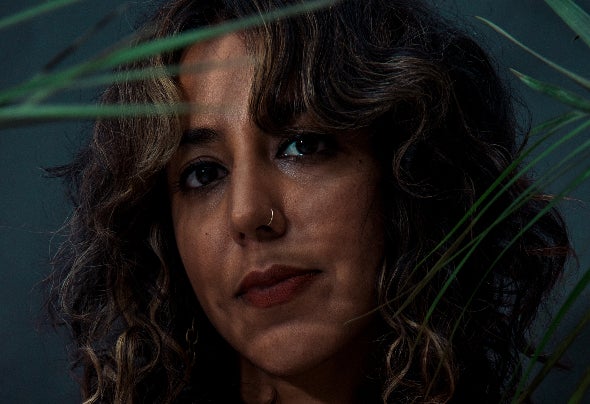 Ayesha is an India-raised Brooklyn-based DJ and producer who channels the sounds of her diaspora into tactile club experiences. Her sonic universe is the collision of all her influences spanning the percussive worlds of techno, breaks, and bass. Cultural memory in universal club format. A resident of Halfmoon Radio, in 2013 Ayesha cut her teeth as a DJ coming up in the house shows, warehouses and clubs of DC under the moniker DJ Ayes Cold. Her work promoting and booking electronic music shows instilled a deep appreciation for underground club cultures across the globe. Eight years later, Ayesha's love for digging in the crates translates into an obsession with manipulating found and recorded samples with a playful curiosity, which she also aspires to apply to other parts of life. Undoubtedly though, her biggest weapon is her desire to build unique polyrhythmic grooves that speak to the body before the mind. "Body over mind music" - she says. Natural Phenomena is Ayesha's debut on Brooklyn's Kindergarten Records.